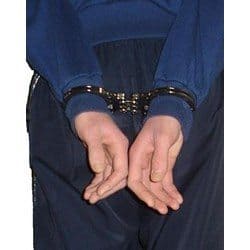 When The Unthinkable Happens

You’re sitting there minding your own business, and out of know where the unthinkable happens, you’re arrested.  There could be any number of endless reasons this happens,  including the fact that you look like the bad guy, that they’re looking for.  I was pulled over once, because my car resembled the bad guys, it was not a fun time.  At any rate, you are arrested and in your jail cell, and hear that you’re going before the judge, in order to determine if you’re going to receive bail.  One of those factors will be the type of charges that have been filed against you.
Forget getting out if you’re up on murder charges, because you’re a threat to someone else.  Then there’s if you’re a flight risk, and a couple of other options.  But you don’t fit any of those, so your bail is set.  The next step is to find out how you’re going to be released.
Ways 1, 2 And 3
How good of a person are you, how much land do you have, and how deep are your pockets!

You are a good person, really…you are!

Own Recognizance: is just what it sounds like.  The judge sees that you were a good outstanding citizen and there’s no reason to believe that you’re going to flee.  He’s saying that he trusts you, and that you’ll show up for your court date.
Cite and Release:   It’s also a good choice, in that the judge see that you are a good person, and only wants to dig into your pocket book.  Pay up and you go, most of the times, there’s nothing else left to do.  Aren’t you excited.
Third is a property bond:  Basically put, you put your property of as collateral that you’re going to show back up on the given day and time assigned by the judge.  Everywhere I’ve read says that property release is rarely done.
Those are the ‘easy’ ways to get out of jail, with little to no discomfort in your life.  But the other ones, not so much so!
Then there were two!
Cash and bonds, are the two remaining.

Show me the money honey!

Yes, the last two ways can be, but not necessarily are harder ways to get a bond.
The first is cash.  This sounds all good from the beginning, but what if your bail is 1/2 a million dollars.  The judge can’t see a reason to hold you, but by the same token isn’t really excited about releasing you from jail.  So, she does the next best thing, sets a really high bail.  If you’re someone famous, it’s no big deal, wipe out your checkbook and you’re good to go.  But for the rest of us, not so much so.  You need to scrap the money together, or junior remains in jail.  But that’s not the judges fault.
Lastly, is something that’s known as a surety bond.  As simple as I can put it, the bail agent that you went to, promises that if you flee, they will pay the bail to the courts.  The good news, you only need to pay 10% of the bond, in order to get out this way. So, that 1/2 a million that we talked about is now down to 50,000.
While that’s a lot of money, most aren’t even close to being set that high.  Which means, it’s reasonable to expect that you can pay it.  It also means that it’s reasonable to expect that the bounty hunter wont be coming after you!
Denton Bail Bond Services
are there to help you, when you need it!