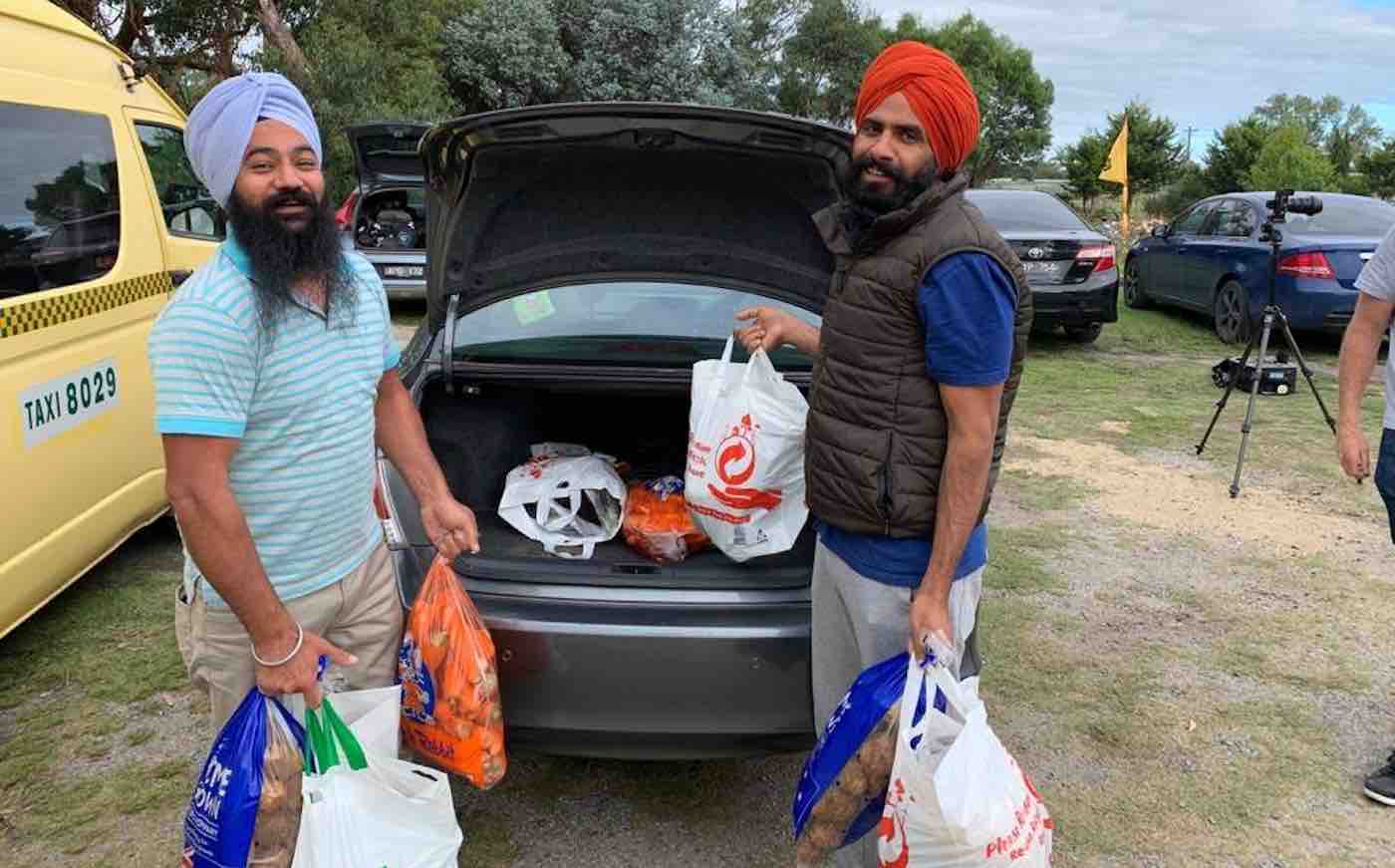 Always in the running for world’s nicest people, the Sikh community of Sydney, Australia has spent over $4,000 Australian dollars on a food donation program for elderly folks stuck in self-isolation.

The group known as “Turbans of Australia,” has so far donated more than 1.5 tons of food that will be delivered to Sydney residents who are unable to regularly shop for basic non-perishable foods.

Speaking with The Daily Mail Australia, Amar Singh, a volunteer truck-driver said that while preference was being given to the elderly, disabled, and people at greater risk of serious complications from coronavirus, his organization would help anyone who calls.

“The health directive of the mandatory 14-day self-isolation has left many people unable to provide for themselves,” Mr. Singh said. “We don’t want anyone to miss out on essentials.”

Mr. Singh also revealed that he and all the members of the volunteer force work full-time jobs, so they are finding time to help people while in their spare time—though some members go so far as donating 25 hours of their time.

Another organization of Sikhs—Sikh Volunteers of Australia, based in Melbourne, were delivering 1,000 home-cooked meals to elderly and others unable to go grocery shopping during the pandemic, predominantly in the city’s south-eastern neighborhoods.

MORE: Restaurant Flooded With Business After Launching an ‘Adopt a Doc or Nurse’ Catering Service

Marpreet Singh, the group’s vice-president, told The Mail that once it became clear that people were in dire need of food, his organization, which runs a free food for the homeless program twice a week, would work around the clock for the next two weeks while the 14-day isolation period wore down.

“(It’s mostly) vulnerable people who are worried about the virus or people having trouble getting food at the supermarket, and disabled, homeless and single parents who are looking after their kids and can’t go out,” Mr. Singh said.

Sikh Generosity in the Big Apple

Regardless of which side of the globe they’re on, Sikhs feel like helping out. In New York, the Sikh Center of New York prepared and packaged more than 30,000 meals—this time for Americans stuck in self-isolation.

Because 30 times more food was being handled in New York than Melbourne, strict hygiene procedures were observed that involved wearing gloves and masks, social distancing, and sterilization of equipment and surfaces.

Like in Australia, the food packages would go mostly to people who are especially vulnerable to the coronavirus, the elderly, and disabled, and would be delivered by volunteer drivers thoroughly examined by physicians to ensure they are free of the virus.

Sikhism isn’t strictly vegetarian, but there is a sector of their faith in which plant-based diets are a must, and so the meals consist of dried fruit, rice, and lentils.

CHECK OUT: JOANN Stores are Handing Out Free Fabric Supplies at Curbside to Anyone Sewing Face Masks at Home

According to ANI news, several Sikh organizations on the east and west coast, as well as in between, are prepared to work with government agencies looking to help distribute food or medicine to community members who need it.

“We have requested gurudwaras across the country and the world to especially reach out to the stranded Indian students and provide them meals and shelter, which will give relief to many worried parents back in India,” Jathedar Harpreet Singh, Sri Akal Takht Sahib and the spiritual leader of the Sikh community told ANI.