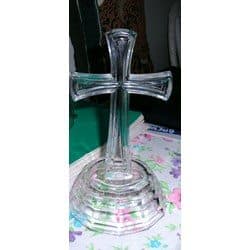 People who are rich and famous and have more enough are just content with what they have. Some of the News I views on television don’t surprise me at all. It is fine that you work hard to get where you are with hard work and determination to live the finer thing sin life. From poor to riches. Children of rich parents are spoil and have a better chance to make it in life because of the back ground they come from. For instance: Miley Cyrus, I can remember when she was very popular in her younger days. My granddaughter was in to her, a fan of hers. Every time we go shopping for school clothes for her, she asked for Hannah Montana logo’s on shirts, shoes, and watched her shows in her younger year’s. A few weeks ago I was switching channels on the television to find something that would interest me to watch. Well, on one of the channels I came across CMT channel I believe it may have been. Here it was Hannah Montana, (Miley Cyrus) singing, my opinion she can’t sing to my taste of music or have a great singing voice. As for the clothes she was wearing, was UN modest and UN-Moral. Trouble is you hear on television a lot on news story how many actor;s, actress, singers, rich people spend more money in getting a fix of cocaine and parting. Granted they had worked hard to get where they got in life and that is fine but some got where they got in life through their parents or someone else they were already in show business. Michael Jackson, never cared for his music either to worldly. What a waste for a young man in how he wasted his life in how he splurged his money. I thought if I ever won the lottery I would want to honestly use the money for God’s purpose-to open more Woman’s shelter, to help animals to donate to cancer and Lupus foundation. Why cancer? I lost a sister to cancer and I rather have her back if I could than being rich. It is easier for a rich man to go through an eye of a needle than through the gates of heaven. I feel I am already a winner, already rich because I stand on God’s promises that I will day spend eternity in heaven with Him. People has two of everything, two cars, two houses, two of everything else, should count their blessings but also remember that the things of this world are just material things and can’t take them with you to Heaven. I am survivor and how I came to be a survivor was through the power of prayer and fighting to survive the the memories of my childhood year’s of abuse, survive my school bullies and I survive through the life of domestic violence, It was my determination to live to share my testimonies to help other survivors. God wrote in His Word: Found in the book of John 2:15 Love not the world, neither the things that are in the world. If any man love the world, the love of the Father is not in him. People need to become addicted to the Gospel, the Word Of God not addicted to the things and temptation to worldly things that can cause your life.

When people give into themselves to anything of the world, when trouble steps in their lives, or give themselves to anything to the worldly ways, focusing their attention on whatever they get themselves into it will eventually take control of their lives and consume them. The they get, the more they want.until they come to grips on their lives and open their eyes to see what is happening to them, is when they will reach out for God’s hand and call out His name to help them through the trouble they gotten themselves into. To walk in faith and power, have to give yourself 100 percent totally to the Word for extended periods of time. Open the bible and get high with his world. Holy Spirit behind the Word, the Holy Spirit will draw you and lead you more closer to Christ Jesus than you’ll ever can imagine possible. Become addicted to the Bible, to the scriptures.” Once you do, you’ll see and feel you won’t be able to live without it. God’s Word will guide your path and guide book to your life.