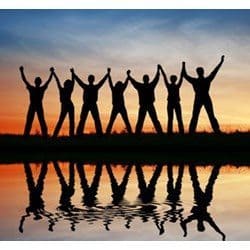 Therefore, the purpose of this Sir Go article is to get you first to understand that there are many space groups out there.  Second, this article will get you started in looking for a group that reflects your specific interest in space.

If you can’t find a local space club, then you may have to start a space club.

Meetup dot com is a good place to begin if you have to choose this option.  Also you will have to pull from a large area such as a county or a metro area than just your block or neighborhood.  Chances are you would be the only space enthusiast in your locality so you need to recruit members from a larger geographic area.
Avoid recruiting New Agers, people into astrology and poorly educated illiterates with low IQ who flunked science and therefore get their reality from supermarket tabloids, radio call-in shows for the mentally ill, and conspiracy theory websites.
That said, if you are determined to create a group like Ufology then stick to scientific ufology and avoid the crackpot lunatic fringe.  If you are determined to create a group to study “ancient astronauts”, then understand that archaeoastronomy is a better use of your time than Erich von Daniken and RL Dione.  Likewise, exobiology is a better choice than listening to con artists pretend to channel Space Brothers who have a plan for Earthlings (rectal probes and slavery and abduction of children for molestation) and who conveniently accept your credit card and sell you their latest book — “Gullible Humans”.
SETI is okay as long as it is passive SETI and not broadcasting our whereabouts to every hostile invader from here to Andromeda.  SESP or the Search for Extra Solar Planets is a much better investment of your time than SETI.
While avoiding the Church of the Subgenius, you should also beware of big egos.  Check all egos at the door.  Space is big.   It is so big that planetariums cannot adequately convey how big.  The cosmos is big and so it should come as no surprise that big things attract big egos.  In other words, clashes of egos will bring down general groups that have already started with a disadvantage by being about whatever relates to space.  News flash.  Everything is about space.  You cannot focus when your group is about everything.  And then when the two biggest egos in your group have different ideas about the direction of the group, then the group will be torn apart.  So check those egos at the door and be very specific about what aspect of space your group will focus on doing.
As you will tell from some sample groups below, the choices of
space groups are endless.  And one last caution:  Avoid the National
Space Society.  Unless you just enjoy higher taxes and eternal
postponement of when you yourself will travel up to orbit.

In addition to opening chapters for adults and college students, S.P.A.C.E. also has an internship program called Scientific Preparatory Academy for Cosmic Explorers (SPACE).  I opened with this group because they are brand new and one of the better space groups in existence.
http://www.space-association.org/About-Us.html

These people are lunatics.  But before you send me hate mail, I should point out that Earth’s moon has a proper name.  After all, Mars, Jupiter, Saturn, Uranus and Neptune also have moons and so it is fair to ask: Which moon?  Saying    _THE_    Moon just avoids the point which is identifying the formal name, which is Luna.  And hence, moon fanatics are rightly called lunatics — although few howl at the full moon or turn into werewolves.  Instead Moon Society members are interested in building colonies on the lunar surface. Hey, someone has to be in the history books.  These people figure that it might as well be them.
http://www2.moonsociety.org/

Hold on there.  I did say space attracts big egos and one camp wants NASA and/or the human race to concentrate on colonizing Mars.  Their argument is that we have already been to the moon.  Been there.  Done that.  The history they want to make is colonizing a whole planet with an atmosphere instead of just an airless satellite.
The Red Planet has a pyramid but no canals.  It has inspired fantasies from Barsoom to The Martian Chronicles.  Arguably more people want to go to Mars than to the moon if those are the only cfhoices.
http://www.marssociety.org/

At one point in time when Dr. Carl Sagan was alive and made regular appearances on Johnny Carson’s Tonight Show, The Planetary Society had the largest membership of any citizen space group.  It still is big but not as high profile. Bill Nye (the Science Guy) is now the face of the society.
http://www.planetary.org/

This is for both people who want to be space tourists as well as companies working to make it happen.
http://spacetourismsociety.org/