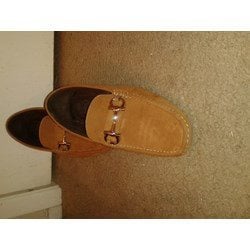 The topic of discussion concerning “sugar daddies” have been covered on television. Sugar daddies have also been viewed on the internet. To some, conversations about sugar daddies are comical. Sometimes these conversations become serious discussions. Another word for a sugar daddy is “dirty old man”.
A number of sugar daddies are celebrity men. When one is not a celebrity, they are doctors, lawyers, businessmen, politicians, etc. In my opinion, sugar daddies are men who are fifteen years older and up in age, versus their younger partner.
The older male usually has no financial limitations, lives a luxurious lifestyle, and is financially set. To add, they make over a six figure income (over $600,000.00 a year), spoils their partner/partners with lavish gifts and/or money on their much younger partner, and often takes on the role of provider, with no strings attached.
Or, he and the younger partner have some type of arrangement/mutual agreement where both parties benefit. This does not include men who are retired and spend some of their retirement funds on women occasionally. Nor does it include men who can only afford to take a lady out to the Waffle House, or an occasional coffee at McDonalds amongst the company of other old folks.
To continue, a number of sugar daddies are also married. Some even have extended families (children outside of their marriages). Next, duties of the much younger partner can be as simple as doing nothing at all, going out on simple dates (popcorn and movies), and/or getting down and dirty with the Viagara.
If it is you who has moved past the popcorn, movies, and the opera stage with your sugar daddy, hopefully you are well aware that they are also a health risk. Most of these men are just as active as today’s teenagers and young adults. This means that STD’s (sexually transmitted diseases) run rampant with middle age men and elderly men.
Yep, I think it is past the time that the CDC (Center for Disease Control) do studies on these guys (statistical, questionnaires, etc.). It is time to put them on the map for STD prevention as well. These “old geysers” know better. One question comes to my mind concerning the younger partner in this relationship.
One question is: What is going on with them psychologically? There are many answers to this question, of course. Here are some answers:

A)Some are/have been lacking an approprate father figure.
B)Some prefer older men because they feel their peers are often immature, or lack the maturity they desire.

Note: This is definitely not true. Some older men act just like fifteen year olds. They can even act just as bad as dogs.

C)Some have a preference of older men, period. There is “something” that turns a person on by that older man being “older”.

Other questions to think about are:

D) If you are in this type of situation, are you willing to change their diapers when they have accidents?

E)How would you feel if their dentures fall into your mouth during an intimate session of “heavy petting”?

F)If it is a really large age difference (i.e. if you are 20 and he is 55), have you ever subtracted the years and discovered that when he was this many years (i.e. 35), you were not even born?

G)How does that make you feel if you start calculating those years?

Another concern is what these sugar daddies are thinking and how they are on a psychological level. It is wise to question the motives of these guys. Some of these “arrangements” can even turn out to become successful marriages. They can also wreck family relationships as well. In closing, for others who have known about such arrangements, the last two questions are for the parents.
How would you feel as a parent if your child brings a person this old to your door or dinner table? What if that person is your age or older? Think about it.