I can still to this day remember waiting every week for The Carol
Burnett Show to come on. It is the one show that I can vividly remember
all of us sitting down together and watching and laughing through the
whole show.

I think we got more laughs out of watching them mess up their lines than the actual skit when they got it right.

Tim Conway was always known for his ad libs and adding things as he went
along which of course completely caught the rest of the cast off guard.
Like a house of dominoes; they all fall down. One starts laughing and
so do the others.

Actually, now that I think about it, all of them had their moments when
they would add a line or something of their own and it would get more
laughs than anything.

I don’t think there is actually any one skit that I can think of that
wasn’t funny. I would have to say the “funniest” one of all time, at
least for me was Tim Conway as the dentist and Harvey Korman as the
patient. Tim tries to give Harvey the Novocain shot but he ends up
injecting himself in the hand, the leg and finally in between the eyes.
Harvey Korman could hardly keep from sliding out of the dentist chair
because of laughing.

From these talented four characters, Mama’s Family was born. Wouldn’t
you have loved to have come from a family with the likes of Eunice, Ed,
Mickey Hart and of course Vicki Lawrence as Mama.

For years I wondered why the shows were not out on DVD like a lot of the
other older shows were. In doing some research, there seems to be quite
a few different ideas as to why they were not released until recently;
from music copyrights, to Carol not liking the early episodes, to many
other reasons I read that all seem silly to me.

I am just happy they are out and we can watch them and laugh over and
over again at a wonderful cast of four who worked so well together. 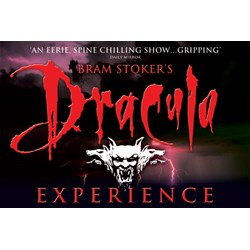 Enjoy The Laughs Over and Over Again!