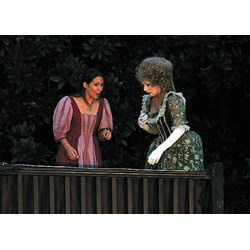 The Marriage Of Figaro is considered one of the most popular operas in modern times. It appears at number six in the most-performed opera list according to OperaBase. An opera buffa – or opera comedy – The Marriage Of Figaro was composed in 1786 by Wolfgang Amadeus Mozart. To give it its full title: Le nozze di Figaro, ossia la folle giornata (The Marriage of Figaro, or The Day of Madness). The libretto is provided by Lorenzo Da Ponte. Here you will find a guide to the history, the storyline and modern performances.
What’s it about anyway?

Although a lot happens within the opera, the storyline is set over just one day or ‘folle journe’ – one crazy day. The opera is stripped of all the political content of the original novel and the result is known the world round for being an incredibly witty story with plenty of love, betrayal and forgiveness.

Set in the late 18th century in Count Almaviva’s castle, with stunning Seville as its backdrop, the story is centered around two couples. The newly married Count and Rosine and the soon-to-be-married Figaro and Susanna. The Count is an awful philanderer and his wife is growing tired of it – he currently has his sights set on Susanna. Cue a lot of misunderstandings, secret meetings disguised as different people and a few beautiful songs thrown in for good measure.

Where can I see it performed?

Although there are numerous DVDs available, nothing beats seeing The Marriage Of Figaro live. As I previously mentioned, it is the sixth most performed opera worldwide – so why settle for seeing it locally? Treat yourself, maybe with family, friends or even team building packages in Spain. Soak up the magic atmosphere that Mozart intended for his masterpiece – indulge in live flamenco shows, exquisite meals of authentic Spanish food and private guided tours of local landmarks. How many people can say they have the chance to be treated like the Count and his Countess! On one of these specially guided tours, you can get all the secrets and tidbits usually reserved for locals only. So what are you waiting for!