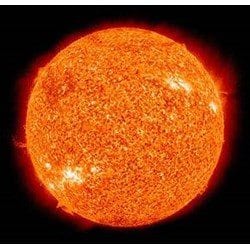 No, the beach is not the only place where you can get a sunburn, but it is without a doubt, one of the most common.  After all, people go there in order to get some ‘sun’, and enjoy themselves.  I know it’s common to hear people say how ‘good’ they look with a suntan.  That ‘healthy glow’, is something that is strived for.   After all, we in society love the look, so that must mean that it’s good for us…right?
Well I had this very question and decided to look into what a tan really is.  I’d heard many many years ago that it was your body’s defense to something, but I wanted to investigate now.  Why?  Because technology and science have grown  so dramatically, that the truth of what a tan was, should be known by now.  It is with those results, that I now right this Sirgo.  Enjoy and be educated!
When sun meets skin...
the sun is the victor!

What’s A Suntan All About?

What’s A Suntan All About?  It’s not complicated, but you probably haven’t been educated in the area of suntans and what they’re all about.  So, here’s a brief explanation as to what suntans are.  The sun comes down, and beats onto your skin.  It feels good and you think you look better…at least for now.  But the reality of what a suntan is will probably startle  you.  Some of you will care, some won’t, but if you knew that a sunburn will double you chance of cancer you might.
If you knew that a suntan is actually your skins attempt to protect itself from being injured or destroyed, you might be more likely to stop enjoying the sun.  Here’s the thing: a suntan is just that, your skin trying to protect itself from the sun.  The deeper the tan, the more damaged your skin is.  Basically put, it’s the melanin in the skin, the chemicals in your body that makes your skin darker.  Your skin responds is suntanning.  The truth of suntanning, is that your skin is damaged by the sun.
Two other common signs that people complain about as they get older:  Dry skin and wrinkles.  Dry skin can be caused by a number of things including dehydration, but often is the result of suntanning…so damage.  Wrinkles are accelerated significantly by the amount of suntanning that you’ve done.  You hate it in your 30’s, but it’s what you earned in  your teens and twenty’s.
Suntanning...
is sun damage that can never be reversed!

So You Want The Tan Still!

I get it, you still want the tan and that healthy glow, but now at least you don’t want to go about it in the wrong way, or at the very least, a way that is going not damage you permanently.  Arguably the best way is airbrushing your tan on.
Airbrushing got a bad name for itself many years ago.  The reason is clear no one  wanted to be orange.  But consider the following things for airbrushing.  If you have an olive oil base, then you’re not likely to be orange.  The reason for not likely.  Anything put on two heavy will turn you orange, even if it has an olive base!  That will be the first question you’ll need to ask your technician: Is the formula based in olive oil.
Secondly, is its active ingredient DHA (Dihydroxyacetone).  It’s the only active ingredient that’s been approved by the FDA.  DHA plus Olive Oil base, and you should have a beautiful airbrushed tan.  But there’s one catch, if the person applying it puts to much, you’re still going to have orange streaks.  This brings your keys to success to 3: Olive Oil Based, DHA as the active ingredient, and someone that’s skilled in what they do.
Take a look at the picture, and you’ll see what a good airbrushed tan will look like!  You probably don’t live in Denver, but if you do So You Boutique, is the place to stop for the tanning you want.  Should that not fit in your schedule, she will come to you.
Airbrushing
solves all of the problems that suntanning causes.