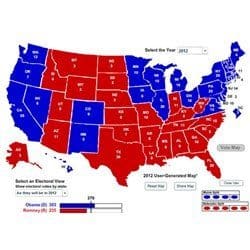 If anyone has been following my rants and posts, you will know that I fully believed that the right choice for America was not made last night. That being said the American people have spoken and we have re-elected the most mysterious president of all time. Now you’re not going to get me to say that this man was born outside of the United States or that he’s a Muslim and hates America. I do however believe entirely that he has not let on to his intentions toward the direction of this country and he says a lot of things that sound great but his actions are completely different. So today I pray that I am wrong. I pray that when he told the Russian’s that he would be more flexible in his second term that he meant that he would have our best interest at heart and not that because he had no shot at re-election he could pretty much do anything he wanted. I pray that he does start to open up drilling in the United States and stops the funding of other countries from drilling off of our shores. I pray that he doesn’t try and re-distribute America’s wealth to 3rd world countries. I pray that “ObamaCare” is just a funny joke played on us by politicians with a bad sense of humor because there is no stopping it now. All of our lives will be regulated by this bill that very few people have read and that has different provisions passed and added to it in other “stimulus bills.” The “affordable health care act” has been far from that and I currently can’t afford health care but when this law takes effect that won’t matter because I will have to have some form of it. I pray for this country. I pray that his plan for the growth of this economy is just taking a little longer than expected and should be in full swing by the end of his second term. I pray that millions of more people will not lose their jobs under his fiscal policies. I pray that more needless deaths will not occur overseas or here at home because he didn’t have the courage to act when needed. I pray that he really tries to get a grasp on this runaway spending and not by taxing the hell out of every man, woman, and child. (yes I said child right now even the children owe about 51 thousand dollars) I can go on and on and as you can tell I will be on my knees for a long time but this is my country too and for half the country who felt like we were going in the wrong direction like me, I pray that you too will have a voice in this administration and that he doesn’t just discount our thoughts and beliefs for his own. I pray that this country will continue to be resilient and withstand enemy attacks foreign or domestic! Most of all I pray that I never have to post or write about how I told you this was coming!!! The people have spoken and Barack Obama has been chosen to lead the free world. Today I pray that he starts to realize exactly what that means and reaches across the isle and embraces every thought as one that could help him get out of this mess, whoever created it.