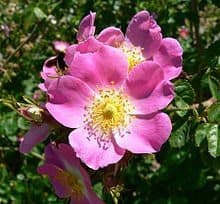 Is your summer going to be one of luvin or disaster?  That may sound really silly, but the reality is many people, hundreds in fact get injured every year and they never planned on it.  Everyone things about major summer injuries such as car accidents from drunks.  After all as the summer comes drinking increases, so it’s reasonable to expect that the number of accident is going to increase and it does.  As well as sprains, breaks and yes even overeating.

While these things are important, they aren’t the things that I’m going to talk about.  After all, you are familiar with those and you’ve considered them and do what you can to prevent (in most cases) from happening again.  I’m going to address several things that you’ll know about, but probably won’t have considered.

Each thing that I talk about can be taken care of in an urgent care (depending on the severity.  They are easy to get into and when  you’re in pain, that’s always a good option.

Summer luvin'...
is completely up to you…as is the amount of fun you’re going to have.

Summer Injuries You May Not Have Thought About!

Lawn Mower Accidents. Okay once you’ve stopped laughing consider that an average of 80,000 Americans get injured from using a lawn more every year.  In most cases the reason is simple: you didn’t pick up your yard.  That’s right lawn mowers not only mow the grass well, but they kick up items that are left laying on the yard.

Lawn mowers not an issue for you, consider BBQ challenges.  Not only do people get severely burned every year, but they also start fires.  Neither of which are very fun, especially if you’ve put the BBQ to close to your home, and your home goes up with it.

Sunburns.  No, I’m not talking about the sunburn that hurts and is a little (or a lot red), I’m talking about the kind that gives you sun poisoning and can cost you your life.  It’s not funny if it happens to a friend of yours or someone in your family and you use a loved one.  So use sun screen, drink plenty of water and stay in the shade as much as possible.

Speaking of dehydration.  Consider that when it’s taken to it’s extreme dehydration can kill you.  To say to drink plenty of water sounds like a cliche, but it’s true.  The more your going to be in the sun, the more water you need to drink.  That will help you avoid such things as heat exhaustion and heat stoke.

Burning your house down with the bbq...
has a way of destroying your summer lovin’.

A Couple More To Think About

Heat rashes are irritating to say the least.  So make sure that if you have skin touching skin, you use something like baby powder to reduce the friction that comes with that.  Again heat rashes may sound like no big deal, but I know people that have actually gotten burns from their rashes.  Rashes aren’t something to be overlooked, and they can lead to infections.

Mosquitoes are the most common of bug bites as are bee stings.   So making sure that you have what you need to take care of any known allergies is going to be key to surviving the summer. There are other diseases that bites can transfer to you

Remember...
urgent cares can help as much as doctors offices and emergency rooms but for a cheaper price and faster service. No matter which of these you chose to go to, make sure you get medical attention if you need it.