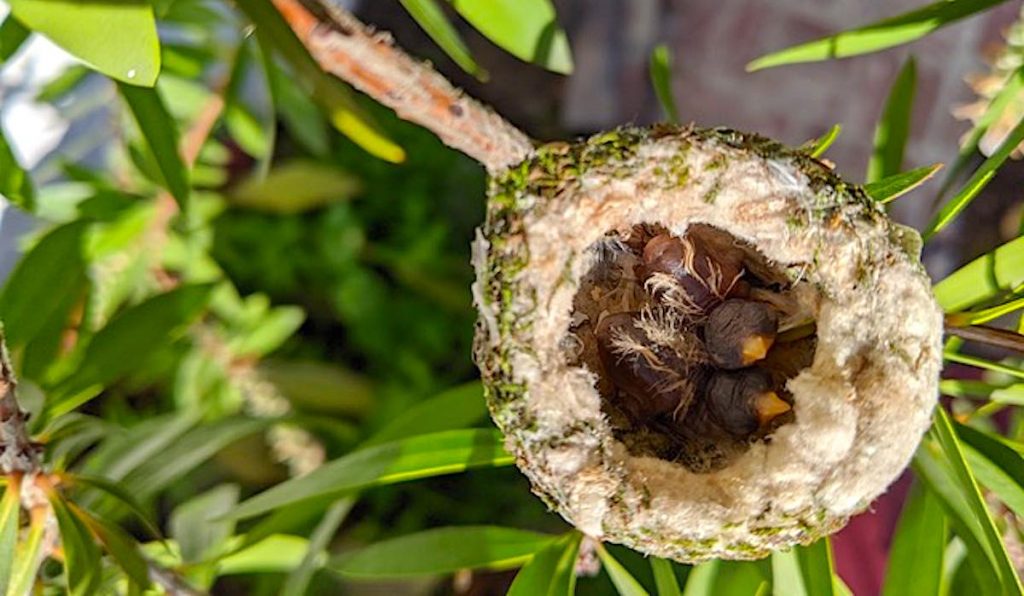 Just as the quarantine was starting to drag down Angela Elsey, she noticed a hummingbird nest right outside her kitchen window and was able to watch the babies grow from eggs to hatchlings—being fed by their mom—and then leave the nest as fledglings.

Her “cuddlers group” has not been able to volunteer for a couple of months now, so Angela began eagerly sending periodic video updates of the cute and teeny baby hummingbirds so they could get their “tiny baby fix”.

“We were all missing the preemies—and a lot of the cuddlers wrote to say how much they enjoyed seeing the hummingbird babies. One woman wrote, ‘Can we come to your house to cuddle your baby birds?’ and it was hard to resist the temptation!”

In this video, the mama is feeding hatchlings that are 1-2 days old. The nest opening is about the size of a quarter.

Angela referred to the hatchlings as “the twins”—and even named them.

“I named the babies after the characters Anne Elliot and Frederick Wentworth in the Jane Austen novel Persuasion.”

“Watching them was a break from worrying about the current situation, since they were oblivious to the pandemic raging around them. And it was such a joy to see those little eggs, then those tiny babies and watch them grow.”

(WATCH the video below…)