Jet Li is a talented martial artist who has made many martial art movies but what are his best movies?

That’s the question l hope to answer, choosing the best movies for any star is always going to be a balancing act of weighing up personal favorites against the general consensus.

Jet Li has had the pleasure of working with some great artist in his movies, working with the great choreographer Yeun Wo-ping on a number of his films. Li has also managed to work on a number of big budget Western film such as Lethal Weapon 4 alongside Mel Gibson and Danny Glover.

Jet Li had the best of East and West when he played alongside Bob Hoskins and Morgan Freeman with choreography devised by Yeun Wo-ping on the excellent Unleashed.
The Forbidden Kingdom was an impressive martial arts movie and is one of Jet Li’s best movies but perhaps more importantly it managed to bring Jackie Chan and Li together on a movie.

While not a martial arts movie The Expendables was an important movie in that it showed the high regard for him in action movie circles, teaming him up with every just about every action movie star in Hollywood. 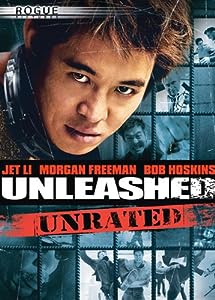 The story of a man enslaved and used as a human attack dog seems like a premise that could make a woeful B movie, luckily this movie was in very capable hands.
Written by the excellent french writer Luc Besson and directed by Louis Leterrier this is a movie that all action movie fans will love.
Featuring the excellent actors Bob Hoskins and Morgan Freeman for the drama with Jet Li showing what he can do with the martial arts this is a marriage made in heaven.
The martial arts are breathe taking, choreographed by Yeun Wo-ping they are martial arts ballet.

TAGS: Slick, Vicious, cross-over, flashy, gangster.
“ The staging and editing of several fights are tops even by the standards of Yuen Wo-Ping “ USAtoday review
“ It has all the martial arts action any Jet Li fan could possibly desire “ Chicago Sun Times review by sherman-nyc 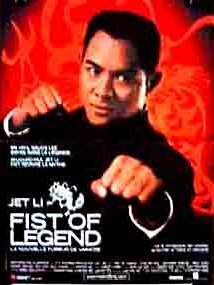 This has some of the best martial arts that you will see in a martial art movie. Jet Li plays the story of Chen Zhen who returns from Japan to Shanghai after his master is killed by a Japanese martial arts school exponent.
The basic revenge story is fleshed out well and is not as predictable as you might expect but it is the martial arts that take center stage.
here is plenty of fighting and action in this movie and the majority of it is realistic with wire work kept to a minimum, the film is all the better for it.

TAGS: Realistic, gritty, revenge, action.
“ is the kind of martial arts movie that non-martial arts movie-lovers can watch “ www.efilmcritic.com review
“ Look, if you’re even a casual martial arts fan you know this film and should purchase this release immediately. “ www.dvdverdict.com review by sherman-nyc 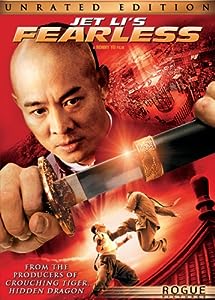 This Jet Let Li Movie is based on real life martial arts master Huo Yuanjia. Born in 1869, master Yuanjia attempted to unite all the wushu martial arts under one banner and in doing so help the Chinese people regain their national pride.
The plot for this movie holds few surprises but taken as an out and out martial arts movie it is great and easily makes it into any list of Jet Li’s best movies.
he martial arts are somewhat let down by some over the top unnecessary CGI work, why bother when you have martial artists this good?

TAGS: Historic, formulaic, sport, melodramatic
“ An air of melancholy permeates even Yuen Wo Ping’s dazzling fight sequences “ TVguide review
“ Li is still capable of ripping his way through an ornate restaurant or clearing out 15 challengers in as many seconds. “ Boston Globe review by sherman-nyc 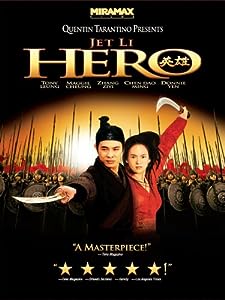 Following soon after the phenomenally successful martial arts movie Crouching Tiger, Hidden Dragon the Jet Li movie Hero was always going to be compared against it.
Not many movies would be able to stand up to comparison with Ang Lee’s masterpiece, but Hero holds up well as an epic martial arts movie.
Jet Li is the star of the movie playing Nameless, a man who must defeat three assasins sent to kill a powerful warlord.
Director Yimou Zhang and cinematographer Christopher Doyle have created a very arty beautiful looking martial arts movie that never becomes pretentious.

TAGS: Epic, historic, beautiful, respectful
“ It employs unparalleled visual splendor to show why men must make war to secure the peace and how warriors may find their true destiny as lovers. “ Timereview
“ “Hero” builds on itself to become an assured, loving cinematic tone poem to the martial arts genre. “ Film Threat review 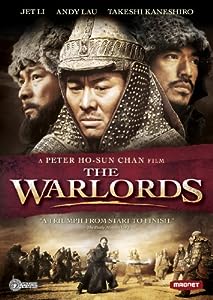 This is a large scale historic epic that Asian cinema has a great tradition in making.
Jet Li has a difficult role to play in this movie, a man who has grand ideas but finds he must give up alot for the greater good.
Full of large scale battle scenes and gritty martial arts the movie has many of the traits of a Shakespearean play, political intrigue, tragedy and a troubled man at the center.