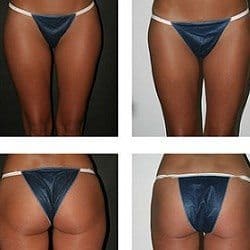 Cosmetic surgery in it’s purest form is simply surgery that’s done for the purpose of alteration of some part of the body that doesn’t met the persons personal standard.  That being said, cosmetic surgery can be for both men and women.  Most often it’s women that feel the need for cosmetic surgery met a standard set by both the media and Hollywood.

That being said, this is not a critic on what’s right or wrong with cosmetic surgery.  If you’re dissatisfied with some part of your body, chances are, there’s something procedure out there that can help you gain the modifications that you’re looking for.  For your convenience, I’ve listed 3 of the most common types of cosmetic surgery’s that you can have, to have the appearance that you’re looking for!

(Note: I’m not endorsing any of these.  Anyone that wants to have any cosmetic surgery’s done, needs to check resources and do the research in-depth.)

The number one thing that I hear people complain about is their smile.  Everything from there’s a gap between their teeth to their teeth are crooked or that they’re not white enough.  The list of complaints is as varied as there are people.

So the question I pose to you is simple: Is there something that’s wrong with your teeth, that you might want to have done.  Like with most anything the answers to this question are varied.  There are those that hate everything about themselves and are constantly wanting to get something fixed, to those that see nothing wrong and don’t care what anyone else thinks.

Some work that’s done may be as simple as a well done bleaching job.  While others may need everything from braces to implants.  What works best for you is something that I can’t answer.  That’s what dentists are paid for and why you need to see one.  What you do or don’t do is your choice.

Liposuction is one of those things that’s also common place in the world of cosmetic surgery.  There are two basic sides in argument of liposuction. First that you don’t need it and those that get it, aren’t willing to diet the ‘right’ way in order to get ride of their body fat.   The counter argument to this is simply: I’ve dieted and exercised and I still can’t get ride of this fat that I have! HELP!!!

No doubt you fall on one of these to sides as well, I know that I do.  So the question then becomes, is it a good and safe alternative.  As with the debate about getting it done, so rages the debate over those that do it.  Like in any area of life, you’re going to find those that are ‘magicians’ and performing liposuction, and are masters in their field.  Conversely, you’ll find those that are horrible, cause infections and even death of their patients.

The end result is always the same:  Be a good consumer and do your research!  Check with the BBB, get references (both good and bad), ask your friends for references and their experiences (if any).  Remember, it’s your body and you need to be a good steward of it.  If something goes wrong, it may be because you didn’t do the groundwork and make sure the doctors a master in his field!

As with liposuction there are arguments to having either breast implants or a facelift, and that’s not a debate for here.  Seek a professional and do your research to determine if one of these is right for you and what you’re desiring to have done.

Having said that, there are 3 primary kinds or types of face lifts, which is why I showed this particular picture.  The type you get is going to depend on what you want to have done.  I’m not an expert in the field or even close, so I’m not going to go into what the differences are only to say that one is considered to be a ‘skin only’ facelift (the blue color), the second is a ‘S’ lift and lastly is the red and the work that’s done on ‘major’ facelift’s where extensive work is going to be performed.

On to breast implants.  Here too you have many options.  Including what size you want, or if you’re really seeking a reduction.  Over and over again, I’ve heard that the happiest clients are those that get reductions and not implants.  There can be any number of reasons, but the primary one is the lack of weight and freedom that comes with a reduction.  Those that have implants often don’t realize what they’re getting themselves in for.  They only see that larger is going to get them more ‘attention’, rather then all the possible side effects.

If you’re looking at getting either of these, consider what’s right for you.  NOT what everyone else may want for you or be telling you want to do.  It’s a major decision and can have lasting side effects either way you go.