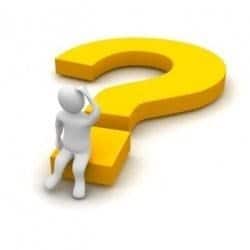 After reading several rather funny atheist quotes today I decided that I would put a collection of them together for others to share too. These quotes come from all around the world by some of the most famous people ever, so sit back, grab a coffee and enjoy this collection of famous and funny atheist quotes and questions. For me being an atheist developed over time, as a young child I grew up in a home where religion wasn’t really part of day to day life – it was just accepted that God was out there somewhere. Looking back I often laugh at my Mum when I think back to when I asked her why we gave chocolate eggs to each other at Easter – she had no idea and really couldn’t answer any of my questions regarding religion. It turns out that my family just went with ‘tradition’ and had never really given much thought to the meanings behind it all. As time went on I found it harder and harder to get the answers that I was looking for. I went so far as to ask the local vicar who came into my school why he believed in God, the debate that followed was probably one of the worst experiences for him. Knowing that I was shocking him with my blatent lack of belief I asked where the proof was that anything he believed was real but all I got back was ‘it is Gods way’ or ‘the Lord works in mysterious ways’. This was just a cop out for me and my journey as an atheist began.

My Top Ten Atheist Quotes From Around The World

Books On Atheism That Help You With Your Journey

Bonus # 2: More Images On Atheism To Giggle At

Yet Another Top 10 Atheist Questions, Facts And Quotes

Even More Quotes, Questions And Thoughts