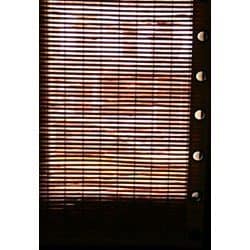 Do you know that out of every one in hundred people in United States America will some time in their lives experience an unprovoked seizure in their lifetime.
It doesn’t mean that because they may have a seizure that they will be consider epileptic. For one to be determine to have epileptic has to go under neurological testing such as, EKG test and others to be diagnosed with epilepsy. The person who has at least two unprovoked seizures is required to diagnose someone to be epileptic.

Children who have had a seizure or convulsion during their child life can outgrow the disorder as they grow in age. In the meantime, there is treatment involving medication or sometimes may need surgery that will be able to help the child in the process and help stabilize he or she until the child grows out of the condition.
The cause of epilepsy is unknown but some may develop seizures after a blow to the head that may cause head injury or over bulging drinking of alcohol or drugs or spending long hours using the computer or hand-held games.

Not all those who lives with any type of epileptic seizures are the same. There are two type of seizures that categories of seizures.
First type is Generalize seizures: generalize seizures involves the whole areas of the brain.
Focal Seizures: only involves one part of the brain.
Some types of seizures are determine genetic and runs in family. Five hundred genes can be passed down to their children through their parents that could be connection to a neurological disorder. However, remember that only a small part of the cause of epilepsy.

Patients who live with epilepsy or any type of seizures are more likely to have an car accident if the seizure or epileptic is not under control or if the patient stopped their medication on their own. Why it is very major important for the patient to take their medication as directed.
Seizures that last longer than four minutes or pregnant who is experiencing having a seizure, call 911 immediately.  Epilepsy is not a rare neurological disorder. Most common neurological problem only behind a migraine or stroke, or alzheimer’s disease occurrence.
Seizures happen to be like a sudden rush of electrical activity going on in the brain. It mostly costs when complex chemical changes happens in the brain nerves cell system that causes electrical abnormalities. Some who has a seizure may hardly be noticed and have one in a short period of seconds, however there are some patients who may have seizures that are noticeable and while others are disabling and more obvious.

I wrote about this topic because of what happen last summer when out the blue while visiting my sister she had a few seizures that landed her in the hospital for a week. First time I ever have witness someone I love having a seizures and I never was aware she had seizures. People who lives with seizures or epileptics don’t want any special treatment or being treated any different. .