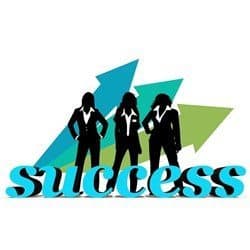 Become Good At Your Goals

Those who have an idea of what it is that they want to do and how they want to live it is a good way for knowing that it is possible to lead a life for the way that you use your natural gifts.

One of the things that seems to help is when we write things down. A good technique is to put down the things that you like and that make you happy. Once you have that list then you can easily start to sketch out a blueprint to follow.Â Role models are hard to find and most of the time we see society worshiping celebrities.

A good example would be the Kardashians, they have built an empire on being famous and the world is watching to see what they will do next.Â Companies spend thousands and even millions of dollars for the Kardashian Family to promote products.Â Becoming a socialite or a tv personality is not enough now businesses are investing into the brand loyalty of these reality stars followers.

Kris Jenner is known as a hollywood momager because she has helped her children become household names.Â Kim Kardashian makes lots of money promoting various kinds of commercials, endorsements and tweeting on twitter. Her husband Kanye West is a celebrity and he is on his way to making millions just from being around the successful entrepreneurs.

This article will tell you the steps that you will want to take to lead a life of success.

Become Who You Really Want to Be

It may seem hard to decide how to become what you really want to be, but first you must know what it is that you want most out of life. Once you find out where you will do the most influence in life then you will also like to get better at your strengths.

This is interesting information from wikipedia:

You may also want to know your weaknesses as well that way you can focus on using your gifts and talents to give back or to help others. What is really nice is that there can be methods that is nice to use for solving problems.Â One area to check first would be your life experiences. Use your abilities gained from work or from interactions with family and friends. This is how you will build upon your talents to become who you really want to be.

Managing goals can give returns in all areas of personal life. Knowing precisely what one wants to achieve makes clear what to concentrate and improve on, and often subconsciously prioritizes that goal. Goal setting and planning (“goal work”) promotes long-term vision and short-term motivation. It focuses intention, desire, acquisition of knowledge, and helps to organize resources.

Dream in Color, Think in Black & White: How to Get Unstuck and Fulfill Your Dreams

Dream in Color, Think in Black & White: How to Get Unstuck and Fulfill Your Dreams

Many books have been written about the process of learning ways to fulfill your dreams. First step is learning what that is and making a list of those things so that you can come back to it again.

This is why that you will want to know which one of your talents are good no matter what the current economic situation happening in the surrounding scenarios.

Kris Jenner . . . And All Things Kardashian

Kristen Mary “Kris” Jenner (nÃ©e Houghton, formerly Kardashian; born November 5, 1955) is an American television personality, producer, and manager who has appeared on Keeping Up with the Kardashians, Kourtney and KhloÃ© Take Miami, KhloÃ© & Lamar, Kourtney and Kim Take New York, Kourtney and KhloÃ© Take The Hamptons, Kourtney and Kim Take Miami, Good Morning America, The Talk, America’s Next Top Model and her own short-lived talk show, Kris.
Â
Jenner has been married twice. Her first husband was lawyer Robert Kardashian and her second husband was Olympic star and TV celebrity Bruce Jenner. She has four children with Kardashian (Kourtney, Kim, KhloÃ©, and Robert) and two with Jenner (Kendall and Kylie Jenner). Her divorce from Jenner has been finalized and will officially occur in March 2015. (http://en.wikipedia.org/wiki/Kris_Jenner)

Born and raised in Los Angeles, California, Kardashian first gained media attention through her friendship with Paris Hilton, Later that year, she and her family were commissioned to star in the reality television series Keeping Up with the Kardashians.

In August 2011, Kardashian married basketball player Kris Humphries in a widely publicized ceremony. After 72 days of marriage, she filed for a divorce, which was finalized in June 2013 with an undisclosed settlement. The same month, Kardashian gave birth to a daughter, North West, from her relationship with rapper Kanye West, which began in April 2012. Kardashian and West were married in May 2014.

With sisters Kourtney and KhloÃ©, Kardashian is involved in the retail and fashion industries. They have launched several clothing collections and fragrances, and additionally released the book Kardashian Konfidential in 2010.
(http://en.wikipedia.org/wiki/Kim_Kardashian)

The show followed them as they settle into their new offices in Los Angeles. Kardashian is friends with both, specifically Cheban, who frequently appears on her reality shows. That month, she also appeared on the tenth season of The Apprentice. Kim, Kourtney, and KhloÃ© wrote an autobiography titled Kardashian Konfidential, which was released in stores on November 23, and appeared on New York Timesâ€Š’â€‹s Best Seller List.

Â
In December 2010, Kardashian filmed a music video for a song titled “Jam (Turn It Up)”. The video was directed by Hype Williams; Kanye West makes a cameo in the video. Kardashian premiered the song during a New Year’s Eve party at TAO Las Vegas on December 31, 2010. The song was produced by The-Dream and Tricky Stewart

Jenner is a prominent member of an emerging fashion movement which has been dubbed ‘Social Media Modelling’ by Harper’s Bazaar and ‘the Instagirl era’ by Vogue. After years of being featured in commercial modelling print ads and photoshoots, Jenner had breakout seasons in 2014, walking the runways for high fashion designers during the New York, Milan, and Paris Fashion Weeks. Jenner is known for posting celebrity selfies and career updates to her followers on social media.(http://en.wikipedia.org/wiki/Kendall_Jenner)

Her mother is of Dutch, English, and Scottish ancestry. Jenner attended Sierra Canyon School, where she was a member of the cheerleading team. In 2012, Kylie decided homeschooling would be a better option and enrolled in an at-home education program, which she will graduate from with a high-school diploma in 2015.

Kylie and Kendall released a science fiction novel, Rebels: City of Indra which is about two girls with superpowers who embark on a journey. Kylie spoke about the novel, saying “The fans seem to love it. That’s why we did it. The characters’ names are Lex and Livia. I think we wanted to make Lex more like me and Livia more like Kendall, and they kind of evolved into their own characters.
(http://en.wikipedia.org/wiki/Kylie_Jenner)

Goal setting may involve establishing specific, measurable, achievable, relevant, and time-bounded (SMART) objectives, but not all researchers agree that these SMART criteria are necessary.
Â

Research on goal setting by Edwin A. Locke and his colleagues suggests that goal setting can serve as an effective tool for making progress when it ensures that group members have a clear awareness of what each person must do to achieve a shared objective.

On a personal level, the process of setting goals allows individuals to specify and then work toward their own objectives (such as financial or career-based goals). Goal-setting comprises a major component of personal development and management.

Â
Goals can be long-term, intermediate, or short-term. The primary difference is the time required to achieve them.
Â

Short-term goals expect accomplishment in a short period of time, such as trying to get a bill paid in the next few days. The definition of a short-term goal need not relate to any specific length of time. In other words, one may achieve (or fail to achieve) a short-term goal in a day, week, month, year, etc.

Â
Individuals can set personal goals. A student may set a goal of a high mark in an exam. An athlete might run five miles a day. A traveler might try to reach a destination-city within three hours. Financial goals are a common example, to save for retirement or to save for a purchase.
Â
Efficient goal work includes recognizing and resolving all guilt, inner conflict or limiting belief that might cause one to sabotage one’s efforts. By setting clearly defined goals, one can subsequently measure and take pride in the accomplishment of those goals. One can see progress in what might have seemed a long, perhaps difficult, grind.
Â
Achieving complex and difficult goals requires focus, long-term diligence and effort. Success in any field requires forgoing excuses and justifications for poor performance or lack of adequate planning; in short, success requires emotional maturity. The measure of belief that people have in their ability to achieve a personal goal also affects that achievement.
Â
Long-term achievements rely on short-term achievements. Emotional control over the small moments of the single day makes a big difference in the long term.
Â

There has been a lot of research conducted looking at the link between achieving desired goals, changes to self-efficacy and integrity and ultimately changes to subjective well-being. Goal Efficacy refers to how likely an individual is to succeed in achieving their goal. Goal integrity refers to how consistent one’s goals are with core aspects of the self.