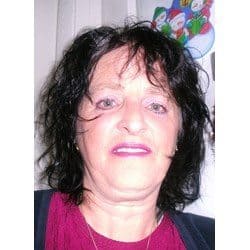 I was an awkward and different growing up when I was a child. I desired so badly to fit in with the other kids and wanted them to like me and just be like other kids in my class and in my neighborhood. But it seem like kids seen me as the ugly duckling, the class clown and the poor kid of the class. Because I had a learning disability-called dyslexia, I couldn’t read as well and not up to the reading level as everyone in my class. And living with other disabilities, such as seizures, didn’t have very many friends or nobody seem to want to be friends with me. I didn’t start to read fluently until I was about 12 year’s old and in the sixth grade. The fifth grade teacher, Mrs. Kraybill wasn’t very fond of me either, she called my parents to have a parent and teacher conference and shared with my parents that I have trouble concentrating and keeping focus in class and keeping up with her fifth grade students, so Mrs. Kraybill’s suggested that I be placed in a special-ed class for she is never going to do very well in regular fifth grade class. “I sure didn’t, I struggled terribly keeping up with the regular fifth grade class. I struggled with poor grades all the way through seventh grade, Mrs. Kraybill made announcement very clearly in front of the fifth grade class. Most of the time, Mrs. Kraybill would move my desk right beside her desk and she made me feel stupid. when school leave out at the end of the day, my fellow classmates would bullied me, call me names and some days I really would receive a good butt kicking from the kids who would bullied me every day, five days a week. I knew high school and college was not an option for me so I ended up dropping out of school in the seventh grade. I was fifteen year’s of age. When I dropped out of school, I took on a part time job. Dish washing job for I was made to believe that is all I was able to do with living with my dish washing. I hated school because of the bullying and Mrs. Kraybill’s little comments she would make in front of the classroom for the whole class to hear. Mrs. Kraybill would make me feel belittle, stupid. Not that when I was in school I would try my best and give it my all but nobody just had the time to teach me on one on one, not even my parents. I would say to myself, “What was the point? of me even trying anymore.
I was different in many ways, I wasn’t popular or pretty, and I struggled with my weight. At the age of twelve year’s of age, I started cutting myself so I be able to feel, be able to feel that I am alive and struggled being an anorexia. I had no friends, I was a lone battling my own battles. Nobody to turn too, was made feel that nobody cared and felt unloved, not important to nobody. I was born Adult in a child’s body. I live with Head Trauma Amnesia. From an accident when I was seven year’s of age my middle brother told me. He hit me on the top of my head with a 2×4 piece of wood with nails still in the wood. When he hit me with this 2×4 board, busted my head open where I fell in a coma for a few months and when I awaken from my coma, I lost my memories, and caused nerve damaged to my right side of my brain. Just my luck. I hated being ignored, being pushed aside, being different and I hated myself. Year’s later, I started a bible studies at the age of thirteen year’s of age. Attending these bible studies, I learned that Jesus loved me  for who I am. pastor who was the teacher of the bible studies sit down with me one night after the bible studies and shared with me that Jesus was telling me personally that He made me different for a reason: Jesus had a plan and a purpose for me. Because of all I was struggling with and I was different, I could encourage others by sharing my testimony to become all God intended me to be. Because I was treated so differently from my teacher, my parents, and classmates it made me think I could never mount to nothing, and being different is what will hold me back what I dream to do with my life. Nobody need to allow their differences to hold them back in life. When God created us, he made every human being different and it is our differences who makes us what we are and we should have reasons to thank God for making us all different, after all if God made human being all the same, don’t you think it would be one boring world we would live in.