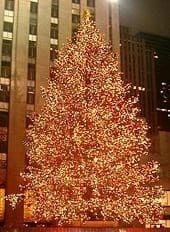 The holidays are coming faster then you might imagine, but then again they always do.  If your in the US you may not think that you’re spoiled especially during the holiday season.  But if you go anywhere else around the world and ask how well the US is liked or if we “Americans” are spoiled, you’ll find out that the majority of the world believes that we’re spoiled and doesn’t like us.

Consider how much money you and you’re family spends on gifts, eating out, decorations and new clothes, and it becomes easy to understand why other countries view us as spoiled.  It’s unfortunate, that they don’t see that not ‘everyone’ lives a high life.  And not everyone has a roof over their heads, not even close.  Having said that, this is the point of this Sirgo.  Consider this holidays to do something that you wouldn’t necessarily consider doing for the holidays.

While it doesn’t have to be for someone else, it can be.  And it’s in these veins, that I’m going to give you some ideas to jump start your juices flowing as to things that you can do for others this holiday season.

My first challenge for is to volunteer at a soup kitchen, homeless shelter or mission.  It will change how you view the world, especially if you sit down and talk with some of those that have to eat there.  It’s a humbling experience to say the least.  One of the things that you’ll find is the depth of each person story and the pain that they’re in.

It’s not that they don’t want to pick themselves up by the boot straps, it’s that in most cases they don’t know how so they can’t. The spirit of depression, brokenness and defeat that comes over them is intense.  To see them as people, and not just an empty cardboard sign on the side of the freeway, will change you.

Where we used to live the winters were rough.  No one deserved to be out in that stuff when it’s -10.  I’m sure that people froze to death that we never heard of, because they aren’t considered to be worth the time.

I’ll never forget this one woman, who hunkered down in an area that she thought was going to be safe.  No doubt she’d been raped, but long story short someone beat her to death in the middle of the night.  Ending her life of pain.  No one will ever hear her story.

What if you sitting down and talking with her before her death, or someone else now, inspires them and is what they need to get back up on their feet.  What if?

Challenge Number 1
The Homeless are broken people! Change their lives this

Pay for someone to go to the dentist that otherwise couldn’t go.  Speaking from experience, there’s nothing worse then ever bite of food you take hurting or not even taking a bite and being in pain.  It’s no fun and that is beyond an understatement.  So, instead of spending several 1000 on your friends and family, find someone that’s homeless, in poverty or out of work, and treat them to a trip to the dentist.

I know this is out of the ordinary for most of you.  Consider the fact that you may not have ever missed one of your 6 month checkups.  But for those that don’t have that luxury, this is a cherished and prized gift.  I know right now at least 5 people that could use this one and never be able to pay you back, but one day might be able to pay it forward.

Challenge Number 2
Pay for someone to go to the dentist and get their teeth done!

If you haven’t balked at the last 2, you probably will at this one.  It’s not my original, but a friend of mine.

Her children have plenty of things, so they made a rule:  Every child gets to keep 1 gift after they’re opened and the rest are given to charity (of some sort).  You may say, “The grandparents will never agree!”.  As it turns out her and her husband talked with the grandparents.  They were on board with the idea, understanding that their gift may not be the chosen one by the children and be given away.  They also understood that whatever child would receive the gift would be happy with it.

The end result is simple and beautiful:  A child in need of a gift receives one that they will love and cherish.

Unconventional  for sure, but that was and is the point!  If even 1 person does something like this, you will not only touch one persons life, but you never know how many people that person will touch.  If it’s true that there’s only 6 degrees of separation between everyone, then the person you impact may be the one that changes the world, finds a cure for aids or eradicates hunger around the world.   Isn’t it worth the taking the challenge.

What’s in it for you?  You will never learn more, grow more, or feel better in your life!