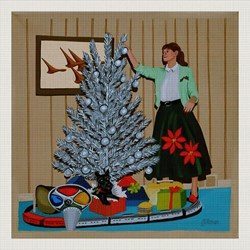 Yes, It’s Time To Start Preparing For The Holidays NOW!

If you are one of the nay-sayers, you’re probably someone that buys everything for those holidays.  But if you’re like the other part of the group that actually is into making and crafting things, then you’re going to want to start making those gifts and decorations now.  If you’re interested in maybe changing your ways, consider some of the following things that you would need to start now, in order to have them ready for the holidays.

By the way harvest, also known as Halloween is next month!

Holiday preparation begins in
September, and even then, you may not get everything done!

If you’re someone that likes to do it big for the holidays as well as make your items, then you need to start now.  Sewing projects, knit and crochet projects, needlepoints and anything that needs to be done with your hands, is going to need to be started now.

While it’s not rocket science, the reasons are clear.  Those handcrafted items take time to make.  They aren’t something that you can do the night before, get them in the mail and expect them to arrive the next day.  Because they’re your handcrafts, it takes time to make them.  Depending on the size, how intricate and how elaborate your times are, will all have an impact on how far in advance that you are going to need to start.

Another factor to consider is the number of crafts and hand-goods that you’re going to be making.  Someone that does something for every family member, friend and neighbor is going to need to start earlier than September.  I actually know people that start the day after the holiday to start preparing for next years events.

Always remember, it’s better to start early then to run out of time.  That’s the single biggest mistake people make, so don’t you make it as well.

Hand made items need to be started well in advance,
if not years!

While everyone is different, if you’re one of those that love to celebrate every holiday with vast decorations, this is also the time to get started.  Like with handcrafts, the biggest mistake I see in retail is people waiting to a week or two before the event.  Right now with back-to-school, I’m seeing those in a panic because of what they need being out.  The same is always the case for those holiday trinkets.

Harvest and Halloween things are already out. Why?  It’s not because stores are pushing it, it’s because the customers are demanding it.  Countless people are already asking for items for the end of next month and are upset that they’re not already in more fully.  We have a handful of things, but the fullness won’t occur until another 2-3 weeks, but people are upset that we don’t have a full supply yet.

Depending on how big are the displays you want and how many decorations you’re wanting, will depend on how early you  need to start.  Don’t pressure yourself the night before to get lights up and displays out.  If you run that late, shoot for next year, everyone will be happier, including you!

Get things up early,
and enjoy the season!