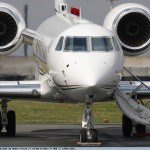 Your dream has come true ~ You have your own jet!

Yes, you final have achieved a lifelong dream for yourself, you have or are going to get your own personal jet.  It’s something that you’ve known for a long time, maybe a very long time, that you wanted.  The love of planes may have begun since you were a child.  Where  your home was in the path of an airport.  Or maybe your mom or dad was part of a military branch and you watched them fly for a living.  Your maybe you’ve just come to the point in your job, your company, where you need to have a jet, because it cost more to fly with an airlines, than it does to own your own.
Whatever the reason, you have your own jet, but there comes with it, an entire list of things that you were never aware of that you’d have to manage and take care of.  Everything from bookkeeping to crew selection.  Which, as you scratch your head, you realize is the furthest things from your level of expertise and flying to the moon.  So, what are you going to do to solve the problem?
The solution is probably simpler than you thought, as well as the spectrum of the challenges may be bigger than you thought.  I’ll address both for you, and hopefully solve that problem for you along the way!  Private Aircraft Management.
The number of privately owned jets is on the increase.
But the number of those that actually know how to take care of them, is still really low! The solution, is a private aircraft management company!

Things that you probably don’t know and need a jet management company for.

Did you know that you need to keep records of when you’ve flown, expenses that were acquired during that flight and a dozen other things to do with flying?  Well if you didn’t know that, you need a management company!  If you did know that, you may not have the time to keep track of it, as well as making sure you’re in compliance and all of the new laws and statues that go with everything.
Do you know what parts have to be replaced on your plane and how often?  If you don’t, then you may end up landing in such a way that you don’t walk away from it, and that’s not they way any flight should end.
Do you know how to go about hiring a crew?  What to look for in each member?  And what sets one apart from the rest of those that are apply?  If you don’t, this again is a reason to have a management company.
If you’re not able to buy the cheapest plane on your own, the cheapest fuel or insurance, then you’re probably not going to be doing the best for your new ‘toy’ as you thought you were at the beginning.  There’s a lot to owning a plane, and it’s not all about flying high into the sky!
Let’s keep going, there’s more you may not be aware of!
While it may not be brain surgery...
If you don’t know what to do, you may not make it to your destination!

A crew can be the simple thing, in that you can conduct an interview and you know what you want.  But, do you know what the FAA requirements are for flying a private jet?  Do you?  If you don’t, then you should probably leave this to the experts.
Also, do you have time to hunt through all of the applications that will come in for flight attendants, chefs, and pilots?  If not hire someone that can do all of the grunt work for you, and get it done, quick and swiftly.  This will include things like, how often you’re planning on flying, what hours you’re planning on flying, how many staff members you’re going to need and so forth.  If you’re going to fly overseas, then there’s going to be different flight requirements, than those that are in your home country.
But there’s more.
Do you know what flight support is?  It entails things like your itinerary, how much fuel your going to need, where you’re going and what the weather is going to be.  All of these things are critical when dealing with flying, and are a must of you to know if you’re going up.
At no point am I suggesting that you can’t do it, or it can’t be learned.  I’m am suggesting that you’re time is more valuable that having to worry about such details.  It’s like the standard joke that’s gone around about a famous computer developer: will it be worth it for him to turn around and pick up the 100.00 dollars that he dropped, or keep going.  The answer if you don’t know it, is keep going.
If it’s going to cost you more time and money to learn these things than it’s worth, then you need to let someone else do it.  That’s what delegation is all about: using your time, where you best need to use it, not doing something that is a waste of your time.
REMEMBER...
It’s not about you not being able to learn how to do these things, it’s about using your time in the wises way that it can be used!

If you haven’t thought about delegation in this way, consider it.  It’s about saving you time and money, while you do what you know how to do…this includes flying.  But there is one exception to delegating the management of your personal jet, and that is this.  If you want to run your jet, because it a hobby, relaxing, and just something that you love, go and learn how to do those things.  Just don’t do it because you have to, but because you want to!