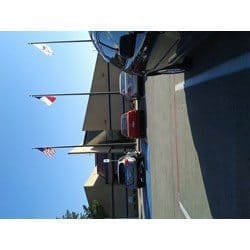 For almost a year now there have been a few things on my mind. Every time the television is turned on, different news stations usually always discuss issues concerning illegal immigration in the U.S. and escaping from Mexico, period.
Every day and every year (as reported by numerous reporters) television stations, documentaries, and other programs show footage of people from Mexico and South America escaping to the United States. As a result, numerous issues surface, causing tax payers billions of dollars, as mentioned in the press as well.
Such issues are: many jobs are given to these people, keeping poor americans from being able to support themselves and their families, especially by preference from employers to hire these people rather than people who are qualified american citizens, identity theft of the living and those who have passed away, child abduction,and other woes.
Well, there usually is a solution to every problem.
An idea would be for the United States to purchase Mexico, Belize, Guatemala, all of South America, except for Venezuela and Argentina. Yes, it could be purchased just like Louisiana and Alaska! That way this problem would be solved and crime-wise the U.S. laws would apply to everyone.
And, by this being done everyone hopefully could have an equal opportunity, no need to make it to the U.S. illegally, nor commit any other offenses that affect others. Or, since it has been mentioned that Venezuela has ties to the Soviet Union, if America won’t take this opportunity, maybe Russia could purchase Mexico and all of South America!
Problem solved.