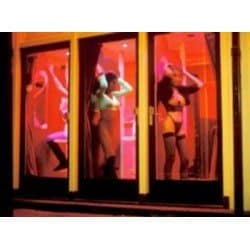 Improve the Economy series: This is the third article in a series dealing with the problems of the economy from a middle class point of view. Are you tired of your hard earned dollars going to pay for people who don’t want to work? Are you tired of your hard earned money being pocketed by millionaire CEO’s who ran their businesses into the ground because of greed and are now feeding off the American people? Are you struggling to pay your bills and put food on the table because the company you worked so hard for is turning it’s back on you? Do you feel like the government is doing all the wrong things and/or not doing enough? If you answered yes to any of these, you are definitely going to want to check out my series, and if any of these ideas seem like good ideas to you, please write you politicians and let them know exactly how they feel. There is power in numbers and if we stop fighting for the scraps and stand up for ourselves, maybe politicians and business owners will finally acknowledge that the working class American is the backbone of our country and they are nothing without us.

Prostitution is often referred to as a victimless crime, which is a good example of an oxymoron. How do you have a crime with no victim? The real crime in prostitution is that prostitution is a crime. There are dangerous situations, abuse, and a criminal element associated with prostitution. However, these issues exist around the illegal prostitution. Legal establishments like the famous Cathouse provide a much safer work environment. By making it illegal the government is putting these women into abusive and dangerous situations. Legal establishments also allow for frequent testing and monitoring of sexually transmitted diseases, drug abuse, and safe sex practices. With illegal prostitution, a woman can become trapped and unable to leave the business because of a violent pimp. If prostitution were legal, itâ€™s as simple as saying I quit, just like any other job.

In an economy where our country is increasing the national debt by trillions of dollars and the unemployment has hit a 25year high, our elected officials should be desperately looking at ways to create jobs and ways to increase tax revenues without increasing the taxes, as well as save money. Law enforcement agencies throughout the country are running out of money, so why is money still being used to setup sting operations to entrap people? Money and resources not being spent on prostitution can be used to fight serious crimes, such as robberies, assaults, and murders. Most Americans are more worried about being mugged walking down the street than they are about Johnny down the street paying for sex. There is also the advantage of increased revenues. County governments can bring in extra funds by charging for things such as business licenses and STD testing. By being a legal, established business, it allows for the tracking of earnings of both the establishment and the workers. This money would then be taxable, increasing the tax revenues to our federal, state, and local governments without increasing taxes for anyone else. Prostitution is the worldâ€™s oldest profession and it is time that our elected officials treated it as a profession where there is a potential to earn money, rather than a crime:

Authorâ€™s notes: It is the personal opinion of the author that sex should only occur between two consenting adults involved in a monogamous relationship, and preferably married. However, this is a personal view influenced by a strict upbringing in the Catholic Church. The author was also taught not to judge other people and what they do. Prostitution has been happening since before recorded history and will continue to occur. What our government should do is make it as safe of a profession as they can by legalizing and regulating it. The government is also very foolish to allow this type of business to run without getting its due money.