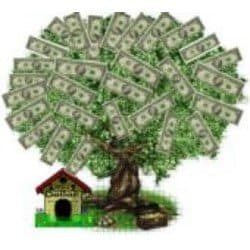 Improve the Economy series: This is the second article in a series dealing with the problems of the economy from a middle class point of view. Are you tired of your hard earned dollars going to pay for people who don’t want to work? Are you tired of your hard earned money being pocketed by millionaire CEO’s who ran their businesses into the ground because of greed and are now feeding off the American people? Are you struggling to pay your bills and put food on the table because the company you worked so hard for is turning it’s back on you? Do you feel like the government is doing all the wrong things and/or not doing enough? If you answered yes to any of these, you are definitely going to want to check out my series, and if any of these ideas seem like good ideas to you, please write you politicians and let them know exactly how they feel. There is power in numbers and if we stop fighting for the scraps and stand up for ourselves, maybe politicians and business owners will finally acknowledge that the working class American is the backbone of our country and they are nothing without us.

I hate to be the bearer of bad news for anyone who thinks Ronald Reagan was a good President. Reagan was the root cause of our current economic situation. Trickle down economics started this country on a bad trend, and no one noticed the bubble getting bigger until it popped at the end of Bushâ€™s second term. The way out of the current recession is to do a 180 and reverse the course of the last 20 years.

Ronald Reaganâ€™s trickle down economics sounds good in theory. Give the rich business owners breaks so that they may re-invest in their companies, creating more jobs and more business. The problem with this is the human factor. These rich businessmen didnâ€™t invest back into their companies. They didnâ€™t increase wages or hire more people. They kept the money for themselves. Within 10 years, 97% of the wealth of our country was owned by only 2% of the population. To put this into perspective, the multi-million dollar athletes and entertainers donâ€™t even come close to being in that top 2%. They are part of the 98% of the population fighting for the table scraps left by the rich, or the remaining 3%. This leaves the average, hard working American whose sweat and labor are the backbone of the country, picking up the crumbs at the feet of the rich.

As the multi-billion dollar business owners and executives began to keep a higher percentage of the company profits, the gap between the lowest man in the company and the top executive increased dramatically. By the late 1990â€™s, the gap in America had grown from about 40times, which is just a little above the world average, to over 100times. What this means is that the executives on average used to make around 40 times more than the lowest paid man in the company. For example, if the low man made around $20,000 a year, you typically saw executives making around 800,000. Now that same executive is expected to make over $2,000,000 a year. These are only averages, and executives of small companies tend to make more modest and fairer wages. Itâ€™s the large companies that create the problem. Many executive pay outs of these larger companies have broken the million dollar a day mark. It was often said that if Donald Trump or Bill Gates were to stop and pick up a $100 bill, they would loose money, meaning that in the few seconds it would take to pick up money off the ground, they are making more than $100.

What happens when people are making over a million dollars a day? How do you spend that much money? Most people would say they would find a way, but the truth is that would be very short lived, especially working an eight hour day as well. So what does happen to most of that money? It sits in banks, and many times it sits in off-shore accounts. This might not seem like an issue, but over time it means less money is being spent and put back into the economy. Less merchandise is being bought, which means there is less demand for products, which means fewer jobs are needed, leading to even less money being spent. Itâ€™s one big avalanche. However, this avalanche was being held back for some time by credit. In order for us working class Americans to maintain our lifestyles, we turned to credit. All of these banks had billions of dollars sitting in accounts not being used, so they were happy to give credit. This is the basis for the banking system. They give someone a few percent in interest, loan the money to someone at a much higher rate and pocket the profits. Greed in the banking system turned this bad problem into a disaster with predatory lending. Banks and credit card companies were loaning money to people who didnâ€™t have any reasonable way to pay them back at very high interest rates. This is when the bubble finally burst. So many people owed so much money that wasnâ€™t able to be paid back, that bankruptcies and foreclosures got out of hand. This is where we stand today.

The million dollar question on every ones mind is how we fix it? As we have seen, throwing trillions of dollars back into the business doesnâ€™t work. Some of the executives of these companies who caused this problem decided to pocket millions of dollars in bonuses. It was their greed that led us to where we are today. Who in their right mind would actually think that giving them more money is the solution? The only way to stop the avalanche is to throw the money where it will be spent the fastest, to the people who donâ€™t have any. If a lower or middle class person gets $10,000, you can bet that the money will be spent in a relatively short amount of time. This means demand for products go up, which means more jobs, which leads to more money in the economy. If the government had given everyone in the country $10,000, instead of tossing all of this money at failed companies, with the stipulation that outstanding debt, i.e. mortgages and credit cards, must be paid off before spending it on other purchases, the banks wouldnâ€™t have ever needed the bailout. The problem is solved, simple solution to a complicated situation.

Trickle down economics created the current crisis, so what is the easiest solution to fix it, trickle up economics. Lower the taxes on the poor and working class, and increase the taxes on the people who created the problem, and filter the stagnant money back into the economy. The greedy and immoral business executives will never voluntarily give up their money and the power that it creates, so America needs to take it back. Our elected officials are going to need to pass laws to start taking this money back and stimulate our economy. They will also need to pass laws to prevent them from taking from us in other ways, such as lowering our wages or increasing prices. It can be done, and if the government officials we have elected today donâ€™t have the guts to stand up for us, then replace them.