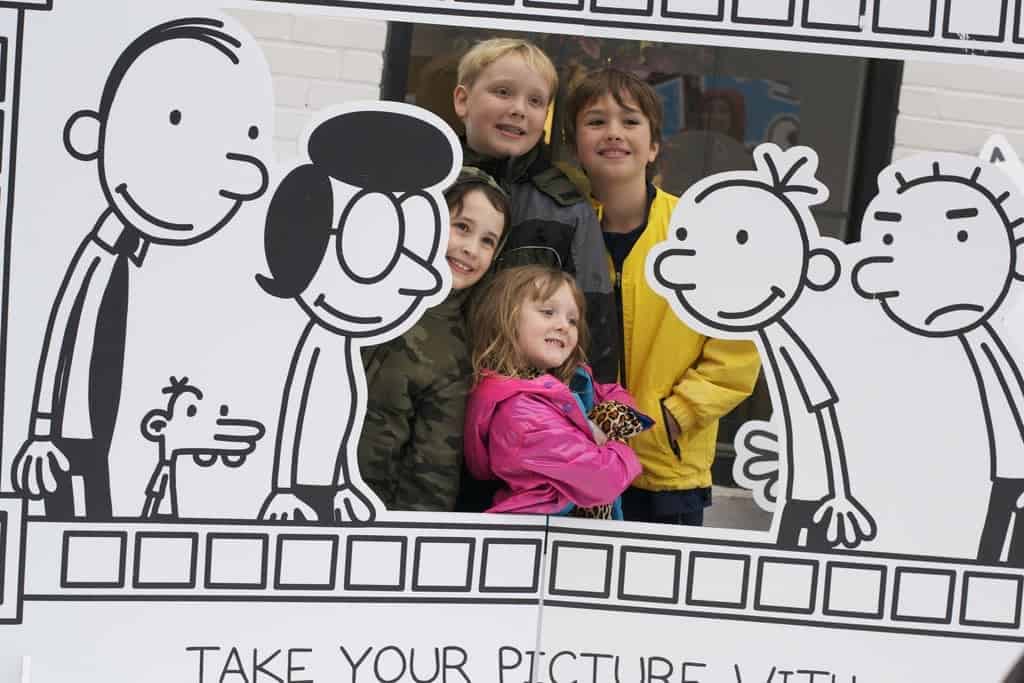 Diary of a Wimpy Kid is one of the most revered films of its time and is well regarded for its acting and overall plotline. It is truly a magical ride and one fitting for the best-selling series that it represents. The Diary of Wimpy Kid cast is one of the best-assembled casts of all time and truly brought forth the essence of the story and what it meant to those who followed it from the beginning. This is the charm of this cast and all that it entails from top to bottom. Let’s take a look at this cast.

The entire series is built around Zachary Gordon’s Greg Heffley. He is the main protagonist in the film. Greg can be described as a self-obsessed character who is lost in his own world, but has sudden bursts where he cares for those around him and responds to their emotions wholeheartedly. He continues to find himself in odd situations over the course of his time spent in school and with his family.

This is Greg’s best friend and one of the main characters in this film. He is a highly loyal friend who is willing to go to any lengths to help protect his best friend. He tends to annoy Greg from time to time, but at no point does he come across as being self-obsessed. He simply loves being friendly with those around him and it shows through every move he makes from start to finish. It is one of his biggest plus points in the film.

This is Greg’s short-tempered brother who is listed as an antagonist in the film because he loves pranking his brother and does not care for his feelings one bit. He prefers to do what he pleases and it shows through all of his actions from beginning to end.

Even though he behaves in this manner from time to time, he does end up showing his love for Greg at the end.

This is Greg and Rodrick’s father in the film. He is widely regarded as being stubborn and strict when it comes to his children and he ensures they are disciplined as much as possible. His love for his civil battlefield in the basement is there for one and all to see and he is a businessman by trade when he goes to work. He aims to instill some of his life lessons on his sons from time to time to keep them on the straight and narrow.

This is Greg’s loving mother who has certain favorites such as Manny but does love all of her children. She tends to embarrass them quite a bit in the film as that is something she can’t seem to help. She loves to show them affection and it can be rather frustrating for them when they are not in the mood or she does it in the wrong situation.

She runs the school newspaper and is a friend of Greg’s. Her lasting impression in the film can be described as being an oddball as she prefers to do things her own way and this personality tends to reflect in everything she says and does from beginning to end. It is a big part of who she is and what she is about.

This is Greg’s friend, but can be listed as an antagonist in the film. He is someone who has an Indian accent and prefers to do as he pleases. He is disregarded by others because of his height and this is one of the reasons he does not appreciate those around him as much as he should.

He is often stated as being younger than his age, which irks him.

The final member of the Diary of Wimpy Kid cast would come in the form of Laine MacNeil as Patty. She is the main antagonist in the film. She has bothered Greg his entire life and it shows from beginning to end. She has had physical altercations with him. She is a tough young girl and shows it through her actions.

This Diary of Wimpy Kid cast is one of the best casts you are ever going to see on film. They were picture-perfect for the roles being played all the way from the main protagonists to those who were playing minor roles. They were chosen to perfection and it showed through every scene that was played out. This attention to detail is one of the reasons why this film is critically acclaimed and loved by those who have watched it. This is a film that has a cult following behind it of people who simply loved the cast and all that it had to offer.

Check out the movies and books on Amazon