There is so many Kids Dinosaur Costume available with different sizes so that little child, as well as toddlers, can enjoy portraying the Dinosaur at Halloween party. Better still, this kind of costume has both a hood and some additional feet with claws to keep your little one warm.Most of the kids know more about dinosaurs than any other animals when they are young. I think this is because of some great films such as Toy Story. Like my son, he loves dinosaurs and always asked me to find out whether or not I know the vocal of the dinosaur. He then will utter the voice like a dinosaur.If you have more than one child or your child has friends who like the dinosaur as well, there are other Dinosaur Train costumes available which could make for a perfect theme of trick-or-treating. Furthermore, these costumes can also just be used for playtime all the time.#This post contains affiliate links. If you click a link and buy something I may receive some compensation. This does not change the price you would pay.#

The Halloween costume of Tyrannosaurus Rex, the king of all dinosaurs, normally features a green and white camouflage-like jumpsuit; but sometimes you’ll find it available in other colors.This kind of jumpsuit made of really comfortable and soft fabric. It has a character hood that small kids can wear over their heads. The jumpsuit even has the spines that you would see on the real one and most kids will admire. 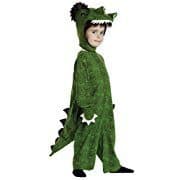 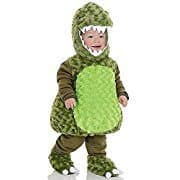 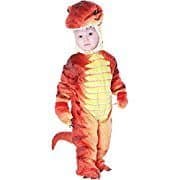 Another famous dinosaur during the Jurassic era is the Triceratops. As its name implies, the triceratops is a three-horned herbivore. To be exact, it’s a bone frill on the head and two horns on either side of the forehead.This dinosaur costume is equally cute and normally features bright orange and white color. The jumpsuit also comes with a character hood with the frill and horns that the real thing has. Wear it over little kids’ heads and you have a nice little dinosaur at Halloween party. 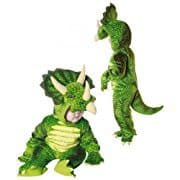 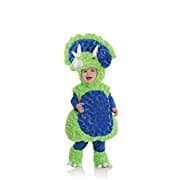 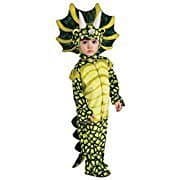 The Dinosaur Train show is a huge hit. It not only entertains kids but also teaches children a lot of knowledge about dinosaurs and nature. The Dinosaur A-Z song alone gets huge numbers of thumbs up from parents as their kids know more dinosaur names than parents ever knew.It is no surprise that some parents will pick a Dinosaur Train costume for their kids to join Halloween party. 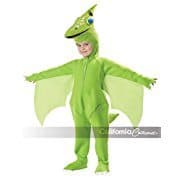 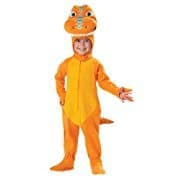 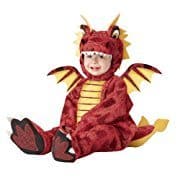 A lot of people treat the dragon is a great mascot. There are smart manufacturers designed Halloween costumes by combining dinosaur and dragon’s features. It looks pretty much the same as the patterns of the previous costumes: an overall jumpsuit with character hoods and nice, scalloped wing at the back. 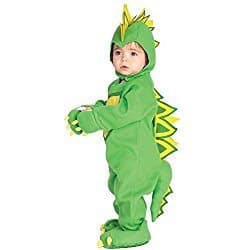 Visit us on Google for more about Kids Dinosaur Costume