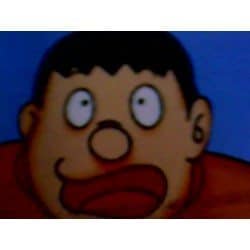 In Bangladesh there are certain services that are monopolized by the government, say for example- Electricity, Gas, Water and Telecommunication (except cell phone) & Internet. It is not a surprise or a matter of bad gesture, rather the policy and rules and regulations are bizarre to understand!

Let us know about it- any people living in Bangladesh have the rights to basic services, which include electricity, gas, water, oil, telephone, as government have been enjoying almost monopolistic leverages in these sectors since 1972. Yet, problems are there- these sectors are having losses and mismanaged for so long that general public has to bear the brunt of the problems, losses and subsidies. Now this became such severe that the total economy became stagnant. This article is about the specific item of electricity power. Anybody can apply for new electricity connectivity for domestic and home usage; it’s a right for living or doing businesses. Most interesting is that since government is in short supply, it is looking for ways to escape the responsibility. First point is solar energy, as anyone is interested to install solar panel, are free to do so. Cost and pricing – let leave that for others thinking.

Now as per new law, if you want to have a new electricity connection, you must have to install solar panel first. Bangladesh experience says- when you have any mandatory condition to have something- there allures the corruption. Critics say- the more tighter regulation the more vigorous the corruption. So, public are not getting any leverages out of this government power connection, as solar power is costing huge amount of cost, and power supply is not satisfactory; but the sellers are making money at the cost of consumers without any just return. IF solar panel means less traditional power consumption, that would have been encouraging, on the contrary it was not the case as the demand has been increasing everyday outpacing the solar power generation.

Fact is solar businesses are uprising for nowhere, selling low quality panel with high price, some are even installing on a rental basis. Government officials are claiming to achieve the objective of 5% generation of power from renewable sources, no alternative is available but to stick to this policy of adherence. Advantage is at the time of power cut at least some power could be available from alternative sources. The cost of solar panel is as follows: 37 watt peak power panel cost Taka 15,000/-, for a 1.89KW peak solar panel costs Taka 720,000/- (US$ 1 = 85 Taka).

How to shift ones failure to other’s shoulders, and how to make a business profitable – Bangladesh is the brightest example.