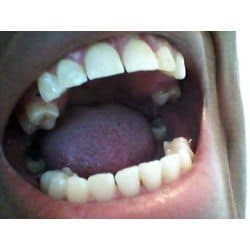 I was born in 1931 in Helsinki, Finland ,was star quarterback in the dust bowl, grew up in Green Acres on Coney Island Avenue, and worked in the Heinz ketchup factory, where I ate french fries every day until age fifteen. After that, everything was swell. It was Chef Boyardee and Nabisco for breakfast, lunch, and dinner afterwards.
When I turned 28 I played in The Outer Limits with Leonard Nimoy, dressed just like Twiggy, and had my passport photos done by Hugh Hefner. In the 1970’s my chef was Dom Delouise. The seventies was such a wild time that I continued to live like a hippy. As a result, I took my 1964 Stingray and drove all the way to Turkey.
I don’t know what I was thinking. Further, I scrammed before it became a story line like Midnight Express. Furthermore, it was back to the motor city. Frank Sinatra was my adopted father, Big Ben was an adult film star before they named that huge clock the same thing, and the clock’s original name was Tiny Tim.
Uncle Ben then took over as my mentor. Aunt Jemima was his wife. It has been just peachy and flapjacks since then. Now I feel like having waffles. And another thing: I love that cartoon called Flapjack. Last night I arrived in Athens, Greece, where I dined at an undisclosed location. The place was crowded full of lively people, fun activities, and smashing entertainment.
I was accompaned by my best friend Latoya Jackson. After watching the fabulous belly dancers, we mosied over and chatted in between sampling hors d’oeuvres, with Paris Hilton and Faye Dunaway. The show closed with wonderful comedy provided by Cedric The Entertainer, Jamie Foxx, and Bill Cosby.
After such a busy night, Maxwell serenaded me to sleep. When I woke up this morning, I was decked out in my finest, designed by Donatella Versace. Next, I had the finest breakfast ever served by the English. I was so picky that I had a little bit of everything from the list off the 2012 London Olympics menu.
This evening I received a ride in a Lamborghini taxi because I needed to participate in the snazziest photo shoot in front of the leaning tower of Pisa. And, I was the sexiest woman there. Michael Schultz, Mark Feldberg, and Mitchell Klebanoff all gave me the heads up to star in their next big film. It is rumored to be a blockbuster hit.
Steve Harvey and Tyler Perry are joining as writers to make a quintet of a team. Tomorrow at 5:30 P.M. I am scheduled to speak with Martin Scorcese. Some time later on this week, my schedule has to be cleared in time for me to get the details on the Wayans brothers next three films. In one hour I’m expecting a call from Pamela Anderson.
She is supposed to give me some great advice about what I need for my extended stay in Toronto. A few minutes ago Mr. Bean told me that he couldn’t decide whether he needed a six pack or plastic surgery all together. I swear, everybody is lining up for the 007 tryouts. Even Adam West is there.
I guess I better take the rest of the day off. In one hour I’m due to work out with Beyonce’s personal trainer, followed by extra tips given to me by Arnold Swartzeneggar. I still wonder about Blue Cantrell’s comeback. I guess I’ll reminisce about my prom date David Hasselhoff. Oh, what a time we had in that “Knight Rider” car!!! Or, was it Philip Michael Thomas?
My schedule for the rest of the year is really loaded. I anticipate this year’s annual Christmas party. It is to be hosted by the best chefs from Ebony Magazine. Martha Stewart is making the pecan pies, lemon bars, and eggnogg. By the way, my name is Boogar Munsenhower and I hope you enjoyed my One Big Tale which is One Big Fat Lie.