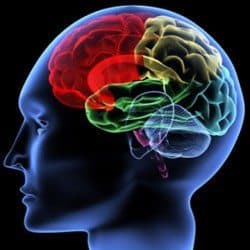 We donâ€™t just dream when we are asleep!

We are constantly dreaming whilst we think we are awake!
This topic describes certain aspects of consciousness, self awareness, psychology and conscious evolution towards a better more controlled mental condition.

The first experiences of the emergence of embryonic self-awareness:

I wrote a book ten years ago: The Manchester Wheelers, it’s about my experience’s  whilst being a DJ at a club in Manchester in the late 1960’s and it charts some of the adventures of a youth movement – The Manchester Mods – who went to the Twisted Wheel Club in that city which became the genesis of what was to become known later as Northern Soul.

Within that book I included experiences of strangeness, mental activity and self-examination and inner conversations together with acute deja-vu experiences, that at the time I associated with the huge amounts of Amphetamines I took to enable me to dance all night long.

For example I had records playing all night long inside my head during the nights after all-night clubbing; stopping me from sleeping: like James Brown with “Night Train” rather appropriately going on and on….singing… “Miami Florida, oh and Western Virginia too, night train, night train….”

I tried to stop it. I commanded JB to shut up. I shouted at the orchestra: The Famous Flames to quit; but all to no avail on, on, on and on the music played relentlessly in my head all night long.

I began to wonder why I had no control over my own mind. It seemed to have its own agenda, which was mostly talking to itself, and repeating things I had heard. I realised how preposterous it was to go on and on about any old subject it latched on to. Then I realised that my observation of this insane uncontrollable inner chatter was taking place entirely independently from me and from myself as a separate observer. This was indeed a weird situation. I pondered things and thought this was a signal for madness, for oncoming Schizophrenia, and yet the separated part of my own mind was quite rational. This mind was disturbed that the other part of myself was going its own way and a split in consciousness had occurred. I began to realise that the observing state was more aware than the alternative totally self-engrossed chattering ‘other’ part of my mind.

How could two entities, both ‘me’, reside in the same mind? And why wouldn’t the one part that should be subservient, was so defiant?

One seemed to be an over-mind a meta-mind state that ran parallel with ability to consciously observe the other parts of the mind that acted in a totally automated manner on a single track. This of course is Self-Awareness the ability that humans have that animal’s lack, and animals are driven by instinct, impulse, and behavioural imprinting and thus learn repetitive behaviour and become the slave of it. Was I now becoming aware of this automatic slavish instinct within me?

My thoughts within this meta-mind state enabled me to see my situation clearly; this mind-state was eminently superior to the chattering robot; but I new that when this new observational state was lost, in a kind of sleep, the other lower animalistic mind returned and became my only awareness and the past observable mind was submerged and “I” was then lost within the chatterbox.

I came to understand that the chatterbox mind state was driven along by instinctual external forces and mostly after such inputs the now in-charge internal conductor part kept on turning over such stimuli for hours, often returning to mull over key events and situations again and again and over and over.

In the early phases of beginning to know these facts of self-observation a new perspective mind state that was quit dispassionate was forming, but keeping within that higher level state was not so easy as all sorts of triggers, like emotions, with anger in particular bringing on the alternative mind which put the system back into a sleep-walking dream-state of automatic thinking and reacting, which could engulf my over-mind; submerging it for days or weeks before it regained control and re-surfaced.

I am not talking here about the rational mind that has great capacity for thinking, designing and constructing things because this too can be automated and the self aware over-mind I am describing can be submerged by this ‘high level’ thinking capacity. Our beliefs in science, politics even religion must all be suspect and implanted by our upbringing, by other peoples biases, by automatic thinking and knee-jerk reactions.

There was a self-aware strategy emerging within me; that we can take much more conscious control over our actions and the multiple selves within us that surface in a continuous stream to be judgemental, to be opinionated, fearful, angry, hungry and so on and on, in an endless internal dreaming state of internal self-addressing chatter.

When I understood this I sought out other references to it, but soon found that the knowledge of such things was very sparse, if not altogether absent. This was in the late 1960’s and this situation of awareness of these states of mind and the unconsciousness of mankind is only now emerging as a serious subject.

I believe it is an essential and evolutionary matter.

Back in the late sixties and early seventies I searched for information.

I read Colin Wilson. I read P. D. Ouspensky; his novel about the Strange Life Of Ivan Osokin, who became self-aware with deja-vu events and tried to change the course of life events, but failed. Ouspensky stood the hairs up on the back of my neck when I read that whilst he was walking along the streets of St Petersburg he emerged into a higher level state of awareness and watched the passers-by, with a knowing that each one was lost in an internal dream state; lost inside their own thoughts. Eureka! Here was somebody talking about a similar level of awareness that I at first thought was a mind-splitting schizophrenic condition.

Only a few people have covered these aspects of human mental conditioning.

Soon I found out about Ouspensky’s mentor G. I . Gurdjief who had written a book with the astounding title: Life Is Real Only Then, When ‘I Am’. And I ponderd about the Prophet Mohammad’s statement regarding the more important Jihad: the inner-mind work of right action. And also there was Buddhist meditation which attempts to train the mind to quietly observe itself.

I have had many good comments and reviews of my book about Soul music and the Mod scene in the sixties but nobody has ever picked up on its important message regarding my realisation of a separate consciousness detailed within it as it then emerged in embryonic form; describing the unconscious activity of our dreaming minds.

We are pushed and pulled by our emotions, our reactions all with an undercurrent of jealousy’s, competitive behaviour, self-aggrandisement and internal comparisons of who did this and that and to whom and when: and everything under the sun.

We all wake up periodically, reading this right now you know what I mean: are you awake or are YOU asleep?