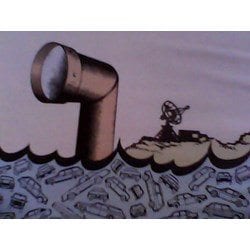 The cultivable lands are declining

The cultivable lands are declining in an alarming rate in Bangladesh since the independence in 1971, which has been expedited with the advent of emerging land developing companies, who are grabbing and confiscating any suitable locations for building up high rise apartments for sale. Consequently, the land for cultivation has been ever declining in Bangladesh. Let’s take the case of only the Chittagong city in this study-

Chittagong has been losing its cultivable land at the rate of 1.5%, conservatively calculated, every year. Moreover, per acre production also diminishing each year as the land is losing its fertility, and over use of chemical fertilizers or inorganic materials. In the last fiscal year 2009-2010 a total of 1,78,537 hectors of lands were cultivated for agricultural produce. This fiscal year it was estimated as 178,671 hectors of lands would be cultivated meaning a loss of 10,939 hectors of cultivable lands have gone. The target estimation was also plummeted to 0.24 metric tons.

-Pressure of ever increasing demographic factors

-No planning to safeguard the land protection

-Unscientifically abuse of inorganic fertilizers and pesticides are the main reasons for decreasing the area of croplands.

In the same way the productivity of the lands also negatively affected, which is a matter of grave concern. At this very moment the government should take steps to make regulations in order to address the problems immediately.

In the last Aman paddy season the target production was 5,10,211 metric tons against the actual production of 5,05,496 metric tons. Similarly, the Ropa crop production this fiscal year has been estimated as 4,48,107 metric tons (Rice), which is 62,104 metric tons less than the same previous year.

-Food security is an essential element of peoples’ rights to survive and have a good living.

Government must stop destroying or averting cultivable lands into other commercial projects or for dwelling, if required laws and regulations should be passed to take harsh measures to safeguard the future food sources.