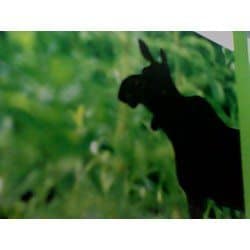 The real players and characters of the so called blogers at the Shah-bag square have been started unveiling their real objectives and identity. People were suspicious from the beginning, but a seldom speakers were found, fearing the harsh criticism from the mass. But as the days passing by the actions and voices along with their declarations are simply found to be a copy-cat of the government party and its allies. What government could not say for utter opposition from the political arena, the Shah-bag blogers are doing the proxy, in the name of innocent conscious people which is not the case at all! First symptom is why blockading a most important and busy street, which is a pathway of patients of two important hospitals? Secondly, it’s a day and night protest (!) who is funding this month long program? Definitely the government and its allies. Why should they be entitled state security? Simply they are repaying the debt to the government.

Most importantly what the so called are doing sometimes crossing the lines of constitution, if otherwise anybody would have done, for example- abusing the national flag- which the protesters are passing order like calls to the whole nation to carry and hoist. Secondly, the forcing of school and colleges to observe their programs, thirdly, challenging the opposition parties strikes, fourthly, the calling of garments factory employers to free their women employees to join the rally on Friday at 3:00p.m; fifthly demanding to shut down certain newspapers and TV channels as they are not pupating them, rather disclosing the facts to the public. All facts not necessarily are on their side! Most importantly, thru’ this Shah-bag protests – government once again shown to the world that it cannot hold the politics right and lost control and confidence- the hundred and fifty people killing in couple of days strike is the evidence. Yet no remorse, no sympathy of random killing and human rights abuses. It only proves that we are neither yet civilized yet nor democratic in mind too.

What if the majority of the people don’t want a certain group or clan or political party in a country? Say, it for a valid reason, the hatred is due to those who committed crimes in a back forty years war. Say it is a crime and as heinous as Saddam Hussein, or more. Say it is not negotiable, say whatever it is! Can you kill the guilty or convicted or accused ones without a trial, or a fair trial! Civilized people will not say you can, and when you protest against it- can you protest? Do you have a right and to be a dissident from those majority? If trial is the ultimate way to justify any actions- that court of justice should be a transparent and accountable and free-fair. It should be free from any government influence, although all the apparatus would be provided by the government. It should be free from any peer pressures, be it political or non-political in cover and political in disguise. In the trial when it would be found guilty, let it be. But in protesting against for demanding a justice or for a reason- they should not be shot on sight, like a bird. In a couple of days more than sixty people were killed by police shooting! The history of Bangladesh this is the highest one day killing, during the same current government’s first year another fifty seven well trained Bangladesh Rifles officers were killed. So much blood shed the government were indulged in, no other even the dictator government dared killing. Irony is this is the government people elected with a landslide vote!