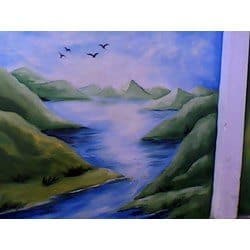 Bangladesh forms a part of Bengal basin and consists mostly of the alluvial soils forming present Bangladesh. Drinking water in both rural and urban areas is drawn mainly from the underground aquifers through hand tube-wells and production tube-wells respectively because of the easy availability of water bearing layers (underground) at a suitable depth. At present Bangladesh have a total of more than 8 million tube-wells taking into consideration of both govt. and private wells.

The coverage of rural water supply in Bangladesh was about 97% before detection of Arsenic in 1993. But with the detection of Arsenic, the rural water supply coverage came down to about 77%. Bangladesh used to occupy unique position in South East Asia in respect of coverage of rural water supply, but the position has been jeopardized due to the Arsenic problem. Studies conducted for Arsenic contamination in Bangladesh by DPHE and other agencies indicate that the under ground water layers are contaminated by more than 0.05 mg/l in many places, thus rendering the ground water unsuitable for the drinking purpose. Though maximum allowable limit of Arsenic has been fixed by Bangladesh as 0.05 mg/l, but the WHO guideline is 0.01 mg/l.

The Arsenic problem was first detected in west Bengal in 1978, although the recognition and danger of the problem were taken into consideration with all it’s seriousness in 1983. Various steps such as study, research, mitigation etc began to be taken for action.

The overall impact of arsenic problem can be described as enhancing the mortality and morbidity rate of the rural as well as urban population through arsenic related disease called arsenicosis. The only way for remedy of this problem lies in providing sustainable safe water supply, health & management strategies and proper information dissemination among the public. Detecting the causes of arsenic contamination through exhaustive surveys of tube wells, and in-depth assessment of the extent of arsenic contamination of water sources and developing an improved data management system are some important components to be pursued.