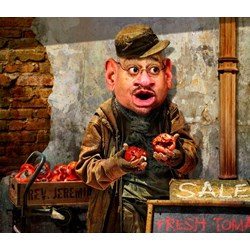 Say You, Say Me

How you were raised to say certain things certain ways is the topic for the day. Having been raised in a southern environment, I can tell you for sure that whatever way your parents said things, you were probably gonna be following right along in their footsteps. That is probably true for most households, and it was definitely true for mine. My first real encounter was in the 2nd grade. I remember it vividly, although it was more than 40 years ago. The teacher was asking everybody how their summers had been. I was talking about a trip we had taken, and I mentioned my Aunt and Uncle. My Aunt ( pronounced Awnt in our black, southern household ) was immediately corrected by the teacher ( who was white ). She said ‘you mean Ant’. She had totally lost me. Here I was, about 8 years old, just days into my first few days of desegregation ( that year we had just been bussed to the white school ), I was nervous to say the least, and she hit me with that one. I was almost too stunned to respond, but, I quickly retorted, ‘no, I mean Awnt'( my mom had taught me to speak up if I thought I was right ). I had no clue why she was trying to call my relative a creature that crawled. I still laugh about that incident today. And, as you could probably imagine, it definitely made an imprint on my life, all the way up to this very day. I call all my Aunts Auntie now. We learn what we learn from our communities. You say tomato ( toemaytoe ), someone else says tomato ( toemottoe ). Pecan ( peecan, especially in the south ) becomes pecan ( peecon ) elsewhere. Chasing the ambulance ( ambulamps ) becomes ambulance ( ambulence ) in the north. Cement ( ceemint ) in the south becomes cement ( cemint ) in the north. Caribbean ( carribeean ) becomes caribbean ( carribbean ). How do you say what you say? That’s just my thoughts. What’s yours?