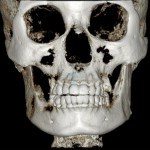 We tend to go about our day doing different things without thinking much about them.  This is especially true during the summer.  You see, during the summer we have our vacations, sporting events, outings and the list go on.  It’s also the time of year when a lot of unexpected injuries occur.

Often times these injuries occur in early spring for the simple reason that we’ve been in hibernation all winter.  Which resulting in us doing a lot of sitting and no exercise, with the exception of watching football.  Then spring, shortly followed by summer and we’re outside playing baseball, bowling, field hockey, jogging, bike ridding and so forth.  If we haven’t taken time to exercise and warm up, to slowly ramp-up, injuries are the common result.

These sprains and breaks rarely result in the need for implants.  That doesn’t mean that they don’t, it just means that most of the time they don’t.  So what then could cause the need for implants?  That’s what I’m going to discuss 3 unusual events that can occur (and yes I’ve known people that have had these happen), to cause you to need implants.

There are certain sports that help facilitate the need for implants, although we rarely talk about them.  Some of those sports it’s a ‘trademark’ a ‘badge of honor’ if you have a need for implants.

Consider for example: hockey.  The standard joke used to be something like this:  I went to a fight and a hockey game broke out’. Why?  Because that’s all the did.  The end result was lots and lots of front teeth being gone.  Be it a fist to the mouth, a puck or a slam into those boards.  Hockey players are known to be missing their front teeth.

While the same may not be as true for baseball.  I did know someone when they were a child that got their front teeth knocked out by baseball bat.  The ‘coach’ had told the child to go take the bat away from someone.  No it shouldn’t have been done, but it was.  The batter didn’t see her, swung and out went her teeth.

These examples give new meaning to: all I want for Christmas is my two front teeth.

There are three health habits that cause you to lose your teeth. Poor nutrition, alcohol, and diabetes.  While an argument can be made to support poor nutrition is at the root of all of these, they are categories as 3 separate events and ideas.

For example, if you don’t have enough vitamin D, it doesn’t mean that you’re diabetic or that you drink alcohol, it just means that you’re not having enough milk or sunlight to support the calcium that you’re body needs.  And if you have poor nutrition long enough, you very well may lose your teeth and need to have implants done.

The same can be said for the other two.  But it’s just as likely if you drink to much or are diabetic, that you have poor nutrition.  It’s not an absolute, but it is very likely that they are connected.  It’s like saying that you can be overweight with the cause being medication, but most that are overweight are so because they have poor nutrition.

Lastly is trauma.  While you could make an argument that they about items are traumatic, those are the things that I’m talking about in this section.  Trauma for the purpose of this section are life altering events, that you didn’t expect, but cross your path anyway.

Such like altering events are car accidents, skiing accidents, shooting, sky diving, military training and so forth.  These are the events that occur that you don’t expect when you leave your house in the morning.  You’re driving down the street and you’re in a head-on collision.  You went skiing with you’re friends and ran into the tree that you should have missed and on the list goes.