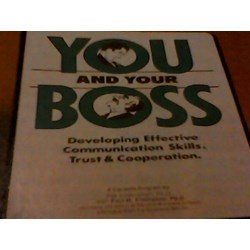 The negative side of the economic condition of Bangladesh could be summed up as:

iii.                Comparing 2008 we have got less strengths to withstand the shake up, Government has no resources to have a rescue packages like the USA;

vi.                Food and all other essential commodities are in an inflated state, people’s sufferings enhancing day-by-day, everyday;

Evaluation and redefining the situation:

Government is needed to change it mindset in the very beginning of the situation, meaning it must understand that the economy is not on the right track, yet it is not recognize it, rather refuting it. Politically, it has two more years to win the heart and mind of people. So, quick fix short-term measures are needed in the budgetary objectives. So, a wise review is to be done. If required some unpopular measures also have to be taken focusing the long-term objectives. Unproductive expenditures must be cut off. Borrowing for government expenditures must decrease, foreign sources of funds that are blocked or paused must be arranged to get back on the process.

Moreover, incomes from non-tax sources have to be increased by selling instruments like- bonds, licenses, savings certificates etc. But high interest paying bond selling to foreign sources would not be a wise option though.

By reducing subsidy, government could manage a significant amount of balance, but rather this should not be spent for paying interest, therefore, should be invested in productive sectors.

To outplay the inflationary suffering to the poor people proper safety net is to be mend, so hunger and poverty could be set aside. The program could be-

–         Government procurement of crops should be increased, so farmers would get the right price;

–         Food stock management has to be improved, efficient and sufficient;

–         Market manipulation or price control has to be managed by supplying food to the open market if required;

–         Other economic measures and programs for poor people’s income generation programs has to be taken by the government;

–         The hindrances of ‘rules of origin’ of EU should be relaxed, and more efforts are required to penetrate the Indian market;

–         Foreign currency reserve must not go down to three months import amount, and the currency exchange rate has to be stronger;

–         While borrowing from International Monetary Fund, Asian Development Bank etc., we must not sacrifice national interests so that development projects might be in jeopardy;

–         Government must re-ensure market confidence- say it product, labor, service, capital, money or anything else.

–         The capital market confidence must be re-established in a transparent, fair and just way with responsibility and accountability; But it is deemed to be difficult as the recent culprits are not brought under justice for their financial crimes; We must take care that capital market is not inflicted into the banking sector.

Our experience is that government has always been meddling economic problems with politics. Example- stock exchange. Secondly, government most of the times found less prepared and poorly home tasks are done for example- recent oil gas contract with foreign companies. Finance ministry could not play its leading role in managing economy. Many of its steps are under questions from many quarters of the experts. For instance, permitting new banks establishment on political grounds. Besides, many other decisions are approached in a non-transparent and bureaucratic way. Among many items the parliamentary and ministerial committees are in dark, and decision are coming up from the Prime Minister’s office.

The economic quagmire we are in must be rescued only if and when political understanding among rival parties would be achieved, if required government has to sacrifice some of its interests. Economic analysis and stands from the opposition parties are also needed. Detail sharing with stakeholders and experts both in the home tent and opposition tent are needed. Should we be not able to settle the problems among political parties solved, the achievement we had would be diminished like candlelight.